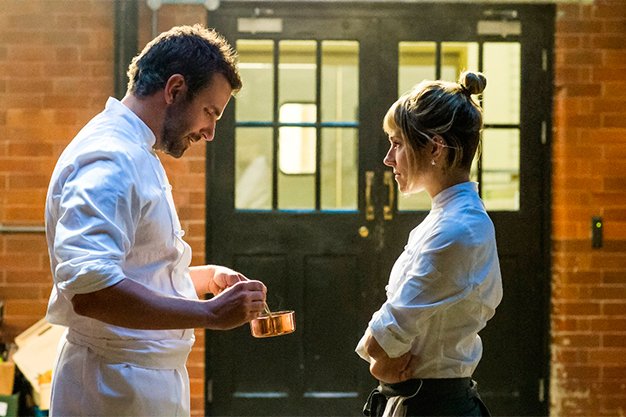 A decade after starring in the short-lived sitcom Kitchen Confidential, in which he played a chef trying to get his career back on track after a professional flameout and a stint in rehab, Bradley Cooper returns to the kitchen with Burnt.

This movie directed by John Wells and scripted by Steven Knight tells exactly the same story, just on a bigger screen with more expensive co-stars, including Sienna Miller, who played opposite Cooper in American Sniper, and rising European actors like Daniel Bruhl and Alicia Vikander.

Coopers character, Adam Jones, is an American chef out to start again and earn three Michelin stars, which we are repeatedly told is nearly impossible by turning a decent London hotel bistro into the worlds greatest restaurant. This involves -badgering old friends into supporting him, conspiring to steal cooks and kitchen staff from other -establishments and risking a lot of livelihoods in order to engineer his own redemption.

Coopers screen presence makes Adam a charismatic asshole rather than a monster. But hes bought into the idea that the characters culinary genius justifies his narcissistic ass-holery both in and out of the kitchen and the movie winds up buying into it as well.

And for all that, it never comes close to being as funny, human and insightful about the restaurant industry as a TV series from 2005.