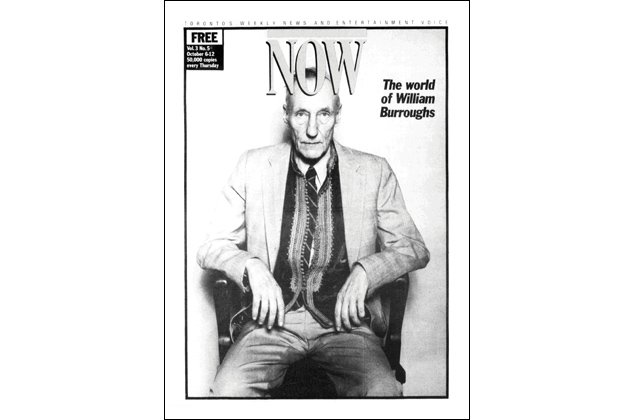 Queer pioneer, experimental writer, druggie – these don’t exactly guarantee massive success. But William S. Burroughs, who was all of the above, emerged as a major influence in American lit. Patti Smith and Lou Reed called him an essential inspiration, but he wasn’t just a punk hero. When NOW caught up with him at his home – in Kansas, no less, after he’d left New York City – Burroughs was about to be made a member of the Academy and Institute of Arts and Letters (page 7 the October 6, 1983 issue).

The author of, among other titles, Junkie and Naked Lunch died in 1997, but his legacy is huge, so much so that a group of admirers plan to honour him Saturday (February 7) at Burroughs 100 Toronto, marking the centenary of his birth.

Hear readings by Eric Schmaltz and others, a gay commentary by Neil Hennessy, and DJ Marinko spinning. And don’t forget to try out the famous Dream Machine, promoted by Burroughs and his collaborator, painter Brion Gysin. It spins around, creating a light show Burroughs insisted was the equivalent of a hallucinogen.

Travel back in time with NOW’s online archives. See all the articles, the photos – even the ads – on every page of every issue, as originally printed. Just use the cool new searchable viewer online at nowtoronto.com/archives