Now that it's been revealed that Sigg bottles leach bisphenol A, should we be worrying about other secret sources? Oh Sigg,. 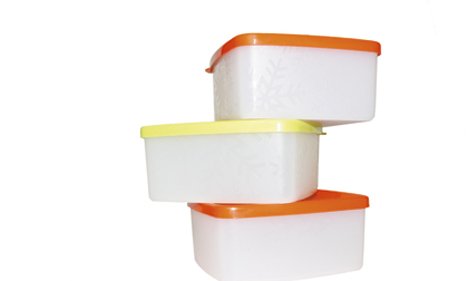 Now that it’s been revealed that Sigg bottles leach bisphenol A, should we be worrying about other secret sources?

Oh Sigg, why’d you dupe us like that? We swallowed every line you fed us about your canisters being better than bisphenol A-heavy polycarbonate bottles and now you’ve confessed yours were lined with the same stuff all along.

Looking back, we should have spotted the signs. The Swiss company never flat-out told us its lining was free of estrogen-mimicking bisphenol A. No, no, it just said its “proprietary water-based epoxy resin” didn’t leach the hormone disruptor.

So basically, Sigg danced around the topic like a prima ballerina during a performance of Midsummer Night’s Greenwash.

Back in 2007, I blogged about an Environmental Working Group report on tin cans that, as an aside, noted that Sigg bottles contained a BPA-based lining. The company quickly pounced and threatened to sue if EWG didn’t cough up proof. EWG backed down, removing the reference from its report. To outsiders, Sigg was still in the clear.

Sonya Lunder of EWG says, “It was a sign of how aggressively they were misleading customers.”

While Sigg now struggles to convince greenies that – ta-dah! – it’s new and improved liner is totally bisphenol-free, who can blame you for looking over your shoulder wondering who else is hiding toxic contents.

The sad truth is that the sensitive estrogen mimicker is present in all kinds of products, from dental fillings to compact discs. Now, you may have heard that canned foods and drinks come in cans lined with bisphenol A, but holy mother of Gaia, BPA is turning up in food in good old-fashioned glass jars, too.

Why? Don’t blame the glass.

It’s lurking in the tin lids’ liner, that glossy white part under the cap. You can’t win for losing, can you?

You also fondle BPA whenever you get a credit card or store receipt. That waxy, thin thermal paper is coated with the stuff. Turns out all sorts of printing industry inks and varnishes contain BPA epoxy resins.

And wouldn’t you know it, European studies have fingered the recycling of BPA-laced paper as the biggest source of bisphenol A in the environment. Worse still, when PBA-heavy paper is mixed with chlorinated compounds in the recycling process, the breakdown products in waste water are 28 times more estrogenic.

That thermal paper and BPA-heavy inks then get recycled into food boxes and, um, gulp, toilet paper. The latter hasn’t been as heavily researched as BPA bottles, but European scientists point to the flushing of TP made from recycled paper as a serious source of estrogenic emissions to wastewater.

You could boycott toilet paper in protest – but more realistically, we should all demand that our federal reps take all bisphenol A out of all our products. End of story.

BISPHENOL A IN HIDING