Amazingly, Spidey's not the only game in town 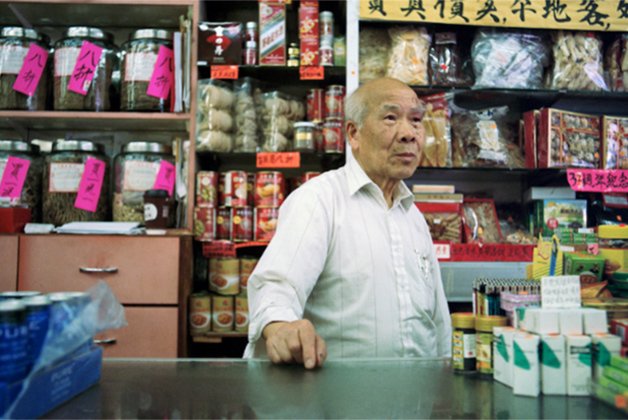 Look, I know everyone’s going to see the Spider-Man movie this weekend. That’s how blockbusters work. But what will you see after you see that?

Raven Banner Entertainment, the distributor behind those Cineplex Sinister Cinema screenings, is hoping you might consider catching Cinco De Mayo: The Battle, which opens at the Carlton today, just in time for the eponymous Mexican holiday.

A re-creation of the Battle of Puebla, in which the overmatched Mexican army managed to hold off a French invasion on May 5, 1862, Cinco De Mayo: The Battle is patterned after Hollywood epics like Titanic and The Patriot and The Alamo (which is more than a little ironic, when you think about it), with a handful of personal stories playing out against a massive historical event.

The historical-recreation aspect is pretty convincing. Cinco De Mayo: The Battle was produced for a reported $10 million, and it looks like it cost five or six times as much it’s a lavish production, and writer-director Rafael Lara insists on showing that off at every opportunity.

Unfortunately, that means the picture is constantly stopping to marvel at the detail on a character’s costume, or to stun the eye with wide shots filled with extras. Impressive? Sure. But not especially dramatic, since it means the cast winds up struggling to hold our attention against the next big action sequence.

Perhaps as a corrective to Germán Lammers’s self-consciously jittery Hunger Games camerawork, Lara tells the story with the broadest strokes possible, so the French commanders are sneering aristocratic villains, the Mexicans are all straight-up heroes – even the deserter (Christian Vasquez) who winds up realizing he needs to return to battle – and no one ever says or does anything that will surprise you. That’s an inherent limitation to historical drama, I suppose, but in Cinco De Mayo: The Battle it almost seems like an excuse.

If you’re looking for a proper true story – as in, a documentary – Hot Docs still has a few days to go before wrapping up Sunday. And it’s huge, so in addition to the films we spotlighted in this week’s paper, I’d like to put a few more titles in your ear.

As long as I’m making lists, there are some worthy alternate choices at the Toronto Jewish Film Festival, too. First and foremost on my mind is Saturday’s screening of Larry Cohen’s God Told Me To (9:30 pm, Koffler House), as part of the festival’s spotlight on horror and fantasy cinema.

Made in 1976 and shot entirely handheld in New York City, it’s a magnificently crazy thriller starring Tony Lo Bianco as a detective trying to solve a string of apparently random murder sprees. (The only connection is the blissful statement each killer makes once apprehended.) As the investigation progresses, the circumstances grow stranger and stranger, and by the time Cohen launches into his delirious climax you’ll think someone spiked your popcorn.

God Told Me To is one of three magnificently batshit horror ventures Cohen wrote and directed in the 70s and 80s, though it never gets as much love as Q or The Stuff. Here’s your chance to catch it in a theatre, and to follow it with a Skype Q&A with Cohen himself. God may not be telling you to do this, but I sure as hell am.

What, you want more? There’s When Comedy Went To School (today, 4 pm, Canada Square 2), a doc about the Catskills circuit that birthed a generation of Jewish comedians and influenced virtually every stand-up that followed, and The Best Of Men (Sunday, 9 pm, Canada Square 2 repeats May 9, 1 pm at the ROM), a British drama starring Happy-Go-Lucky’s Eddie Marsan as Ludwig Guttman, the German refugee who founded the Paralympics.

You might want to eat before seeing The Sturgeon Queens (Monday, 3:30 pm, Koffler House repeats May 11, 5:30 pm, Canada Square 2), an unconventional study of the legendary Lower Manhattan fish shop Russ And Daughters I’m not entirely sure how to best prepare for The Sarnos: A Life In Dirty Movies (Monday, 9:15 pm, ROM), a relationship doc about sexploitation legend Joe Sarno and his wife Peggy Steffans Sarno, who appeared in a great many of his films under the pseudonym Cleo Nova.

One more thing before we go. Dan Montgomery and Kazik Radwanski, the guys behind MDFF, have curated another of their free screenings for this Wednesday night (May 7). The spotlight feature is A Month In Thailand, the 2012 feature debut of Romanian short filmmaker Paul Negoescu.

I haven’t been able to see this movie, but MDFF’s been making some interesting choices in its screenings and I trust that Dan and Kaz have programmed something worthwhile. The screening starts at 8 pm at Double Double Land in Kensington Market further details and the movie’s trailer are available right here.