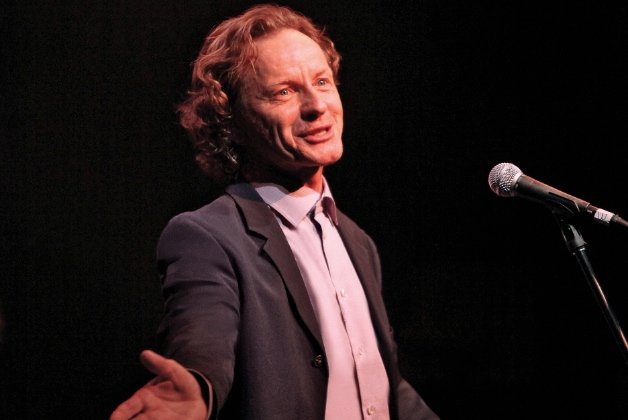 The skill of a first-rate cabaret artist is to create a fully realized play in each three-minute song. Actor/singer Brent Carver is one of the best.

We don’t often get to hear him perform some of his favourite tunes in a cabaret setting, though the Global Cabaret at the Young Centre provided him the chance last fall. Now Winter at the Young brings Carver back, his emotion-rich voice and presence covering everything from Broadway shows to traditional melodies and eye-opening takes on works often relegated to kitsch.

The singer’s versions of mash-ups are especially impressive. Listen to the way he moves from the plaintiveness of the Russian Jewish love song Tumbalalaika to the bounciness of 1920s hit When The Red Red Robin (Comes Bob Bob Bobbin’ Along), easily shifting gears to capture each mood. He can pull on the shape of a melodic structure, stretching it just to the edge before it snaps back, and in the process taking us on a musically thrilling rollercoaster ride.

Balancing the upbeat with the nostalgic, he draws us in with Who Knows Where The Time Goes, gives a new sheen to Leonard Cohen’s Take This Waltz and turns 50s pop tune Love Potion No. 9 into a fully acted comic drug trip.

His musical theatre numbers include pieces from Finian’s Rainbow and Kiss Of The Spider Woman he won a Tony Award for his performance in the latter.

Carver’s born to perform the intelligent, ironic songs of Jacques Brel. Here he treats us to the sharp-edged Jackie and the moving Sons of…, which, paired with the unadorned but touching Scarlet Ribbons (For Her Hair), becomes a look at sons and daughters.

His magic is about more than sharing and evoking emotion, though Carver does that splendidly. His diction is crystal clear, his key shifts awesome. You can’t help but lean in at quiet moments.

He knows how to make you laugh in numbers like Ten Cents A Dance and Just A Gigolo, but there’s often a sadness that lies under the humour.

Full credit, too, to pianist and music director Laura Burton, violinist Anna Atkinson and cellist George Meanwell. One of the show’s highlights is a version of All Through The Night, with Meanwell offering a Bach-like accompaniment to the Welsh folksong absolutely simple, the rendition is also absolutely beautiful.

The best compliment? The audience is totally silent when Carver sings, erupting into applause only when the final note of a song dies away.