Toronto’s screens are having one of those cornucopia weeks 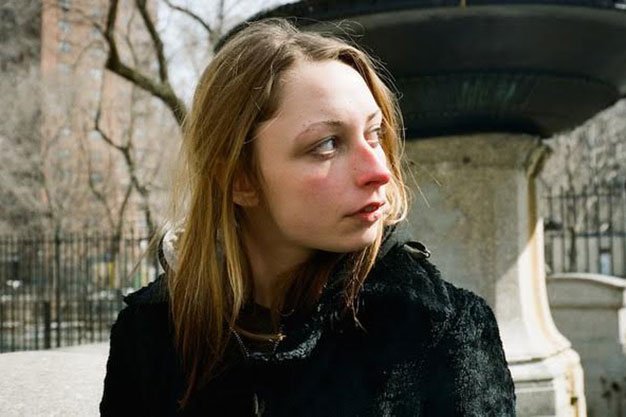 You usually don’t expect June to be this dark, right? But here we are on the precipice of glorious summer and The Nightmare, Insidious Chapter 3, Berkshire County and Dark Star: H.R. Giger’s World all open in Toronto this weekend. And there’s even more.

Craig Goodwill’s Patch Town, which premiered at the 2014 Canadian Film Festival, is screening at The Royal tonight (June 5) and Sunday (June 7) – and it is seriously weird. A surrealistic fantasy, it’s set in a world where glum workers spend their days extracting babies out of cabbages for the enjoyment of children beyond the factory walls – until one man (Rob Ramsay) dares to challenge the system.

Expanded by Goodwill from his 2011 short film, Patch Town is a triumph of insane commitment I don’t know who was clamoring for an elaborate parody of Soviet-era workers’ musicals with lashings of Delicatessen and that Kids In The Hall short where Scott Thompson wails about sausages, but here you go.

Also opening at the Royal for a limited run is Josh and Ben Safdie’s Heaven Knows What, which played TIFF last year and looks even better removed from the clamouring festival hotbox. It’s an intensely felt character piece about Harley (Arielle Holmes), a young heroin addict living in New York. Barely functional, she does incredibly ill-advised things to feed her habit – or because her useless boyfriend Ilya (Caleb Landry Jones, as obnoxious as usual) demands them of her.

After slashing her wrists on a dare, she ends up in rehab, which gives her a chance at breaking the cycle of addiction. She’s released at the end of the opening credits, and whether she’ll take the tools offered to her, or backslide into oblivion, is the question that hangs over her for the rest of the picture.

Heaven Knows What would be an affecting and powerful drama even if it didn’t come with the extra baggage of being based upon Holmes’ own life the story goes that the Safdie brothers discovered her on the streets of Manhattan and built the movie around her book Mad Love In New York City. (The script is credited to Josh Safdie and co-editor Ronald Bronstein.)

Acting for the first time, Holmes has a sort of magnetic minimalism: this is a process movie, not a conventional drug picture where characters wail their misery into the camera. Heaven Knows What spends time just watching Harley exist, killing time in parks or fast-food joints or whatever, with whoever happens to be around, pacing out the hours until she can go to the next place, do the next thing.

You’re drawn to her eyes, looking for some indication as to what wants or what she might be thinking, until you realize, with mounting horror, that she’s not thinking anything at all. She’s all want.

If you’re not in the mood for that sort of thing, may I suggest the polar opposite of a movie about junkies: the 2015 edition of the Canadian Sport Film Festival, starting tonight (June 5) to Sunday (June 7) at the TIFF Bell Lightbox.

The festival will screen 11 features (both dramas and documentaries) and 16 short films over the weekend, covering a really broad range of material given the theme.

I was fascinated by Beer Runners (tonight, 9:30 pm), a documentary about a Philadelphia running team built on the concept that drinking beer after a challenging run is “as effective as water for rehydration and recovery after exercise,” according to actual scientist Manuel J. Castillo of the University of Granada in Spain. (PDF link.)

The movie illustrates this theory by showing the Fishtown Beer Runners running and drinking on several occasions, shot with lots of sunbeams and scored to pleasing music. (At 70 minutes, it feels awfully padded.)

Slightly more convincing as a documentary is Althea (Saturday, 3:45 pm), Rex Miller’s profile of Althea Gibson, the first black woman to win at Wimbledon its storytelling is strictly by the numbers, but it’s a great story. And I also enjoyed Bounce: How The Ball Taught The World To Play (Sunday, 5 pm), Jerome Thelia’s nifty inquiry into the historical appeal of round things to children.

That description sounds silly, but Thelia approaches the question seriously, exploring the evolution of play (structured and unstructured, as a social and individual activity) and jumping around the globe to investigate this universal human impulse. He doesn’t mention of whether having a beer afterward is good for you, though.

Oh, and one other thing: NOW Free Flick Monday is back at The Royal this week (June 8), and for this month’s feature we’re giving Toronto a sneak peek at the Sundance hit Me And Earl And The Dying Girl in advance of its opening on June 12. Details are here doors open at 6 pm, tickets are handed out on a first-come first-served basis, and the first 100 people get a free popcorn-drink combo. The movie starts at 7 pm.

Come on down! Last month’s Raiders Of The Lost Ark screening was a blast, so this might be just as much fun. And I know that sounds weird, but trust me on this: Me And Earl And The Dying Girl is nothing if not a crowd-pleaser.