Cage Match for a good cause

Think you could stand being trapped in a room with Nicolas Cage movies for nine hours? 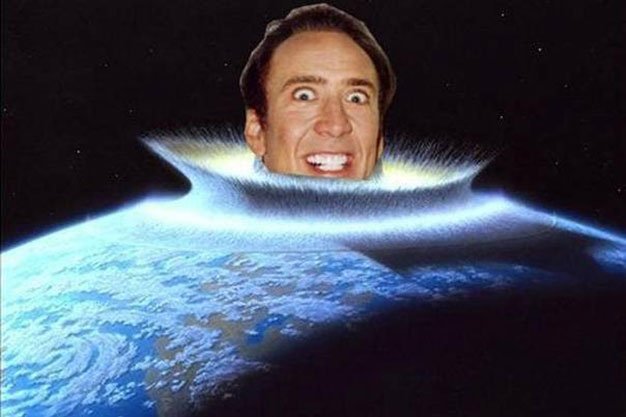 Whether you know Nicolas Cage as an actor, a meme or a really clutch move in Cards Against Humanity, he has undoubtedly touched your life at some point with his wild-eyed stare and incomparable “scream like you’ve been burned alive” style of acting.

The allegiance/sanity of his most diehard fans will be to put to the test this Saturday for the CAGE/OFF Marathon at the Carlton Cinema.

Though he gets more media attention for appearing as Voldemort in Photoshopped pictures than for winning an Academy award these days, the marathon will celebrate both the thespian and the lunatic with a selection of four back-to-back films.

Nine straight hours of Nic may sound like some form of new age Internet cleanse, but justifying the madness is it’s a fundraiser: participants are collecting pledges toward their endurance and all the proceeds will be donated to The Fresh Air Fund, a charity which sends disadvantaged children to summer camp.

“This year we wanted to try something even more ‘out there’ and place our tongue even more firmly in cheek,” says Alan Smith, the Carlton’s general manager, who has been running midnight movie marathons at the cinema for years. “I wanted to top the marathon themes of years previous. My team here went over a few different genres, directors and actors, but kept coming back to Mr. Nicolas Cage.”

Viewers will begin sitting their butts off starting with Raising Arizona at 1:30 (“Comedy Cage”) followed by Face/Off (“Action Cage”), Adaptation (“Art Cage”) and finally capping it off with the Cage of all Cage films, The Wicker Man (“Meme Cage”).  The event will, mercifully, be licensed and Alan and the team have concocted some activities to keep morale up in between screenings. Spoiler alert: that includes a bee piñata.

For those who wish to go up against the wrath of Cage, you can start collecting pledges here. Let’s just hope that The Fresh Air Fund will at least play one Cage movie on the bus ride up to camp.