Campus radio back on the air at Ryerson 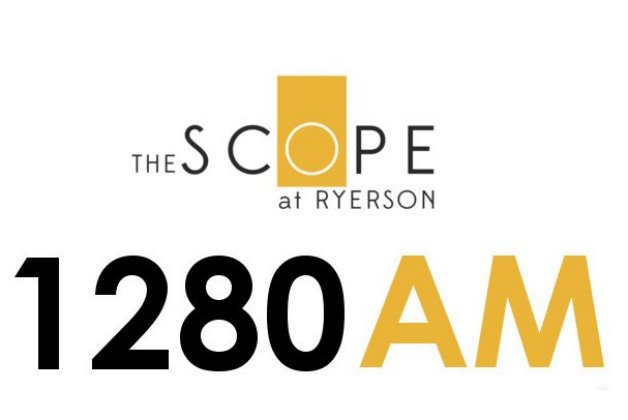 Three years after losing its broadcast license in a series of implosions at campus radio station CKLN-FM, campus radio is back at Ryerson University.

Radio Ryerson Inc. has obtained a new license from the Canadian Radio-television and Telecommunications Commission (CRTC) December 11 to broadcast at 1280 kHz on the AM dial. Yes, medium wave.

The Scope, as the station will be known, is expected to officially take to the air in January of 2016. It had been streaming online at thescopeatryerson.ca.

The terms and conditions calls for 126 hours of programming each week, with the bulk of that, some 120 hours, devoted to local and Canadian programming. The format will include a mix of music with a focus on emerging artists. The station will borrow space on the transmission tower at Unwin and Cherry now used by Voces Latina.

But while Radio Ryerson was able to obtain a license, it was not without opposition. Two former CKLN staffers, Greg Duffell and Daniel Besharat, urged the CRTC to deny the application arguing the Ryerson Students Union and administration will exercise too much control over the station, including on the board charged with overseeing its operations. Of the board’s nine members, three will be chosen from the community at large. Six will come from the Ryerson student body and administration.

Duffell charged that Radio Ryerson’s application was inconsistent with the CRTC’s campus and community radio policy, which requires a balance of members from the community on the board.

But the CRTC’s decision noted that “it was appropriate” to restrict membership to community members on the new board overseeing the station “to avoid governance problems such as those that led to the revocation of CKLN-FM’s license, where a second competing board of directors was elected by members.” The CRTC’s 2011 decision revoking CKLN’s license also noted the lack of involvement of the Ryerson Student Union in the operation of the station, despite its status as a campus radio station.

Duffell contended Radio Ryerson was rushing its application for a broadcast license because it is a stipulation of their student funding. He cited a 2011 interview in the Ryerson campus newspaper EyeOpener in which Radio Ryerson president Jacky Tuinstra-Harrison is quoted as saying “we’re [Radio Ryerson] just in a hurry to get a license so that it [funding] can be activated.”

Both Sexsmith and Wiseman noted the lack of independent radio on the airwaves in their submissions to the CRTC.

“It has become much harder for those of us working in the music biz to get any airplay with most of the other stations adhering to a strict and often narrow-minded format,” Sexsmith wrote in his submission. “It would great for Toronto residents to experience a truly non-for-profit station… for a change.”

Added Wiseman: “Many people claim to represent the spirit of independent voices [on the radio] but much of that is hollow.”

UPDATED January 11, 2015. An earlier version of this story erroneously stated that Radio Ryerson was the holder of the CKLN-FM license revoked in 2011. CKLN Inc. was the original license holder.