Can art help us talk about sexual assault happening in Toronto bars?

On The Table, a series of coasters designed by Toronto artists, aims to incite discussion on alcohol-related sexual violence

Ask any woman in Toronto who goes to bars regularly whether she’s ever felt unsafe, and she’ll likely have a story for you. Sometimes those stories deal with sleazeball patrons or bar staff, unwanted attention and inappropriate comments. Too often, we hear stories of sexual assault, incidents facilitated by alcohol.

An art project created by four Toronto women takes aim at the direct correlation between alcohol consumption and sexual violence. On The Table is a series of four cardboard coasters designed by local artists Aisha Sasha John, Hazel Meyer, Lido Pimienta and Jesse Harris. Curated by Aisle 4, the coasters will be distributed at over a dozen bars during the Toronto Design Offsite Festival from January 16 to 22.

“A coaster is a subtle intervention that’s seamlessly integrated into the act of going out for a drink with a friend. It’s the perfect medium to get people talking about things,” says Shannon Linde, a member of Aisle 4. 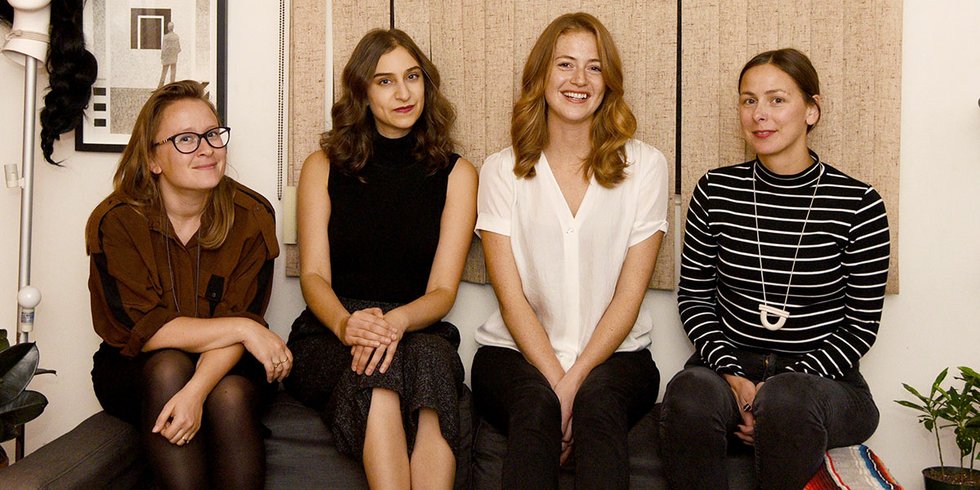 The Toronto-based curatorial collective started talking about safe spaces when they formed three years ago. The group focuses on socially engaged artwork in public spaces, with past projects including Speed Acquainting at the AGO and artists’ installations at Galleria Mall. Linde says licensed establishments are the perfect venue for discussing sexual violence.

“Bars are places where all genders interact and once alcohol is thrown into the mix, incidents happen,” she adds. “At this moment, people are also being a lot more vocal about these issues.”

In December 2016, the owner of College Street Bar was charged with sexual assaulting a 24-year old woman. The incident sparked a protest outside the venue and has prompted events like BASH!, a fundraiser for specialized anti-assault training in Toronto’s bar scene.

According to the Ontario Women’s Directorate, one in three Canadian women experience sexual violence in their adult lives, and it’s alcohol, not Rohypnol or other date-rape drugs, that’s most common in drug-facilitated sexual assault.

Linde knows the stats all too well. When she worked at a bar in Montreal, there was a weekly ladies’ night, where female patrons were offered unlimited, free alcoholic beverages and men paid a premium to enter the bar. There was always a lineup of guys outside, and when incidents occurred, the onus was often placed on the women.

“There’s so much victim blaming, and it takes so much bravery just to step up and say, ‘That’s not ok,’” she says. “It’s so engrained in our culture.”

The four coaster designs speak to different aspects of rape culture. Pimienta’s piece deals with the importance of consent and believing women. Meyer focuses on gender fluidity as the antithesis of patriarchy. John’s coaster reminds people to “listen to your gut.”

Harris, the only male artist contributor, was inspired by a discussion all of the artists had when they were selected for the project. The training session was led by White Ribbon, an organization that works with men and boys to end violence against women.

One side of his coaster reads “ALL MEN ARE ALL LIES” (a play on the words “all men are allies”) and the flipside says that 97 per cent of men agree that men play a role in ending gender-based violence.

“Pairing it with the statistic we were provided that men are [allies], there’s some huge disconnect there. Men are somehow very actively sexually assaulting thousands of women,” Harris explains. “If it makes you uncomfortable, maybe you should question why.”

Linde says that Harris’s coaster has incited the most backlash since images of the designs were published online, with some men saying they feel attacked. But Linde doesn’t see it that way – the message is meant to be read in whichever way you see it. She says On The Table’s target audience is young men, but really, anyone who enters licensed establishments is affected by sexual violence.

Clay Jones, a spokesperson for White Ribbon agrees. He sees the project as getting consent messaging into venues where it’s needed most. For men wondering what they can do about sexual violence that occurs in or outside bars, Jones urges to believing survivors.

“Men can work to be active allies,” he says. “Listen to women. Check in with women who are experiencing, or have experienced abusive behavior. See if they need or would like help.”