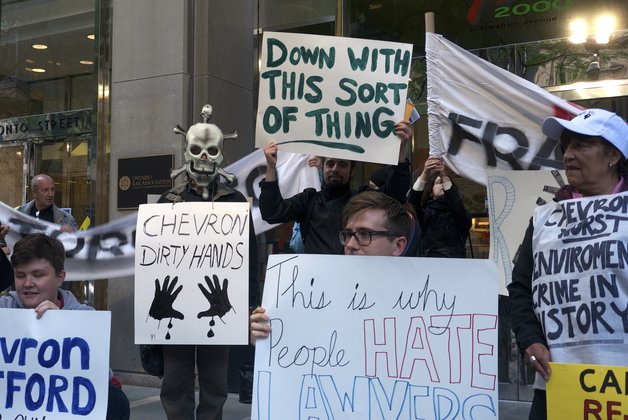 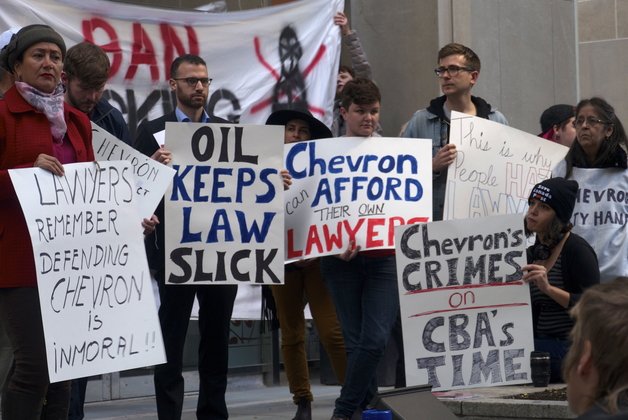 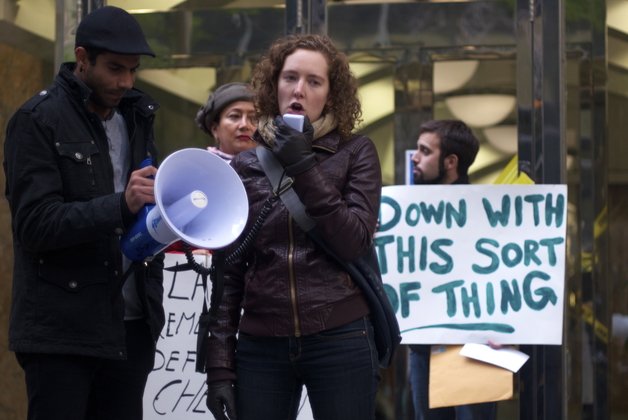 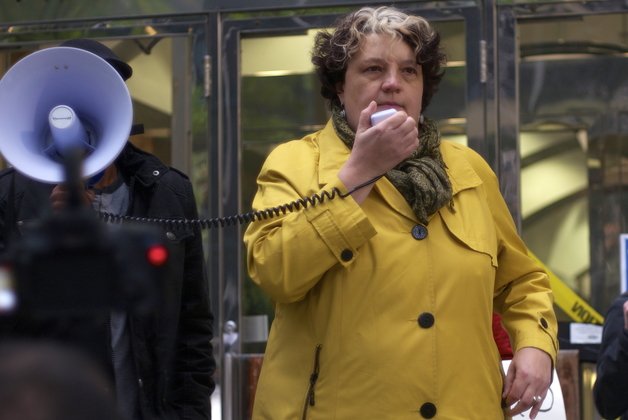 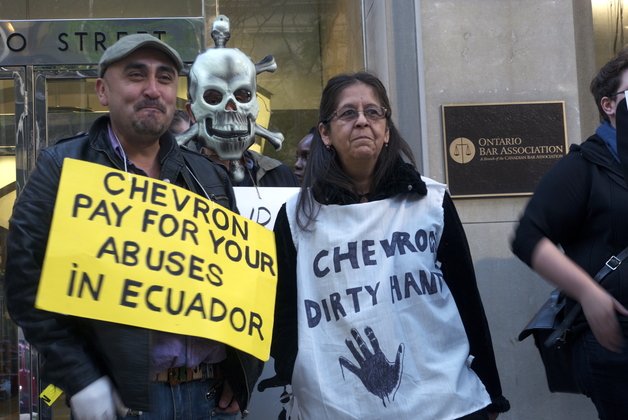 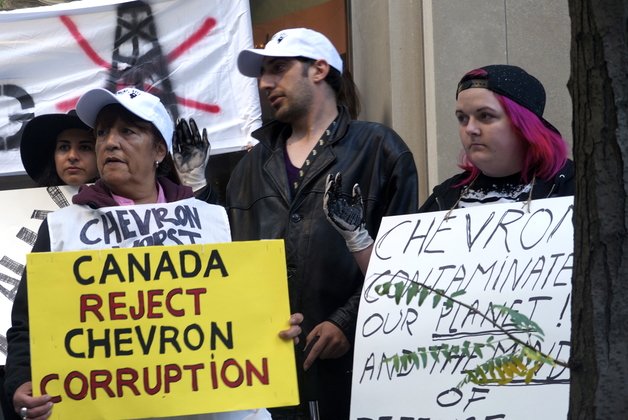 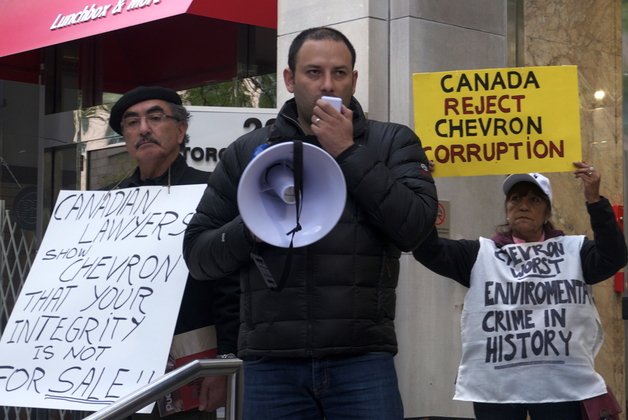 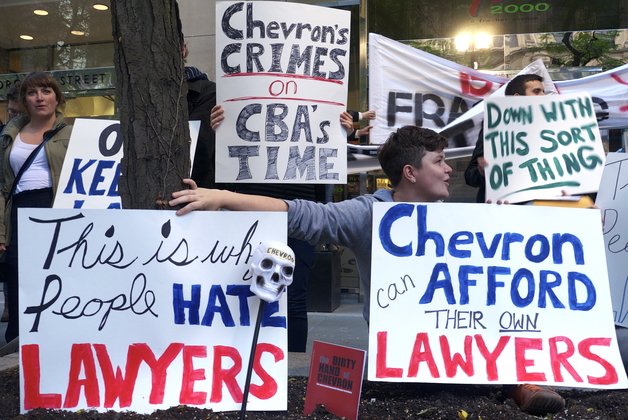 Chevron’s toxic legacy in Ecuador has been called the Chernobyl of the Amazon. In 1992, Chevron, formerly known as Texaco, abandoned hundreds of oil wells and pools of waste accumulated since 1964.

Now, the indigenous people of the Amazon that were impacted are going after Chevron’s Canadian subsidiary to make the polluter pay $9.5 billion in damages awarded to them by Ecuador’s Supreme Court.

A group of lawyers, students at law and mining injustice activists held a protest on Thursday (Oct. 9) against the Canadian Bar Association’s decision to intervene in a Supreme Court of Canada hearing that will determine if the multinational corporation can be held accountable in a Canadian court.

“The arguments the Canadian Bar Association are making are in favour of Chevron’s position, they are not looking at this as an access to justice issue, as an indigenous and environmental rights issue” said Riaz Sayani-Mulji, a first year U of T law student.

According to the CBA, fundamental corporate law principles are at stake for both the legal profession and the public interest of Canadians. In a press release, CBA president Michele Hollins said, “The case is about corporate identity piercing the corporate veil the application of the “enterprise liability” arguments – namely one corporation being sued for the action of another – and the enforceability of foreign judgments in Canada.”

“So many members of the bar are upset across the country. It has exposed some pretty serious issues of accountability within the organization,” says aboriginal rights lawyer Lorraine Land, who resigned from the executive of the CBA’s aboriginal law section to protest the move she believes places corporate law interests above human rights.

To further complicate matters, the firm that will argue the intervention on behalf of the CBA, Blake Cassels & Graydon, also does corporate work for Chevron.

“The indigenous people of the Amazon are sick and dying” says Santiago Escobar, an Ecuadorian activist with the Dirty Hand of Chevron campaign. “Thirty billion litres of oil was spilled that the government of Ecuador estimates is 30 times more than the Exxon Valdez oil spill.”

Other speakers at the rally addressed issues with Chevron’s current operations. Reluca Bejan spoke about protests held back by riot police in her home country of Romania where Chevron is exploring for shale gas. G20 activist Julian Ichim spoke in solidarity with an ongoing camp in Unis’tot’en territory blockading Chevron and other large pipeline companies in British Columbia.

Lawyer Judith Rae is hoping that, as a result of the protests, CBA will withdraw their application.

“Our protests are drawing attention. It’s something the CBA can’t ignore.”