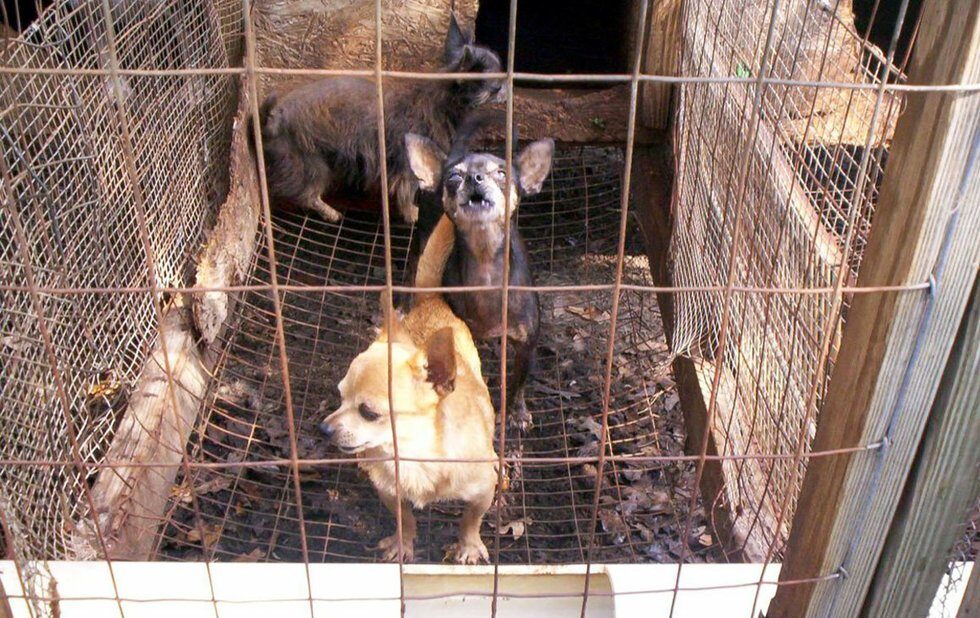 You’d think it wouldn’t be too hard to pass a law against cruelty to animals, right? You’d be wrong.

When a new Parliament convenes, MPs get to introduce their own private members’ bills. Their names are drawn lottery-style to determine the order.

The bill would make some long-overdue changes to the animal cruelty provisions of the Criminal Code, whose current provisions were enacted in 1892. No, that’s not a typo. The Code currently treats animals as someone’s property. Cruelty to an animal is harm to the animal’s owner.

Prosecutors have to prove intent to harm the animal – not just neglect, but “wilful neglect” to obtain a conviction. A man who beat his own dog to death with a baseball bat, for example, was recently acquitted because the dog died quickly.

Loopholes in the Criminal Code have led courts to acquit animal abusers so often that prosecutors know it’s usually pointless to lay charges. There are some 45,000 cruelty complaints every year in Canada, but only one in 1,000 results in charges, and far fewer in convictions.

Bill C-246 will create a new offence to cover situations where an animal is killed “brutally or viciously, regardless of whether the animal dies immediately.” The bill will also create a “gross negligence” offence.

These improvements will make it easier to convict cruel puppy mill operators, animal fighting rings and people who beat, neglect or kill their animals. The bill is also calling for a ban on the import of shark fins and cat and dog fur, and requires fur to be labelled with its animal source. A mandatory lifetime ban on owning animals after a second conviction also forms part of the proposals.

Last month, in a case involving abuse of a child and an animal, the Supreme Court of Canada held that the current Criminal Code prohibits bestiality only if there is actual penetration. The Court reasoned that if Parliament intended to prohibit more than that, it would have said so. Bill C-246 says so! It defines bestiality as any sexual activity between a person and an animal.

Since 1999, there have been 13 attempts to amend the animal cruelty provisions of the Criminal Code. The amendments proposed in Bill C-246 are not new. They have been passed by the House of Commons three times.

They didn’t become law because animal-use industries fought to delay them until they died when elections were called and governments changed. The Canadian Federation of Humane Societies has called these proposed changes to the Code “the most widely and publicly debated set of amendments possibly in the history of Canada.”

World Animal Protection gives Canada a D on its animal protection index, below India, Brazil and the Philippines.

Yet the hair-on-fire doomsayers seem to be having their way with our elected representatives once again.

Liberal MP Bill Blair, parliamentary secretary to the minister of justice, says his government would rather conduct a “comprehensive review of the Criminal Code” with “broad public consultations” instead. For those keeping score, the Criminal Code has 849 sections, 92 schedules and forms and 85 regulations.

What is the government afraid of?

Fears being drummed up by Conservative MP Robert Sopuck and some of his colleagues claim that Bill C-246 “poses a grave threat to traditional animal use (hunting, angling, medical research, pet ownership and livestock husbandry, etc) in Canada.”

Opponents imagine that Bill C-246 is the first step in the elimination of all animal use. The Fish’n Canada website weighed in recently with a cheesy Photoshopped picture of two fishermen behind bars and makes the claim that “Canadian families who fish together will do time together if Bill C-246 becomes law.”

Sounds like America’s “they’re coming to take away our guns” rhetoric.

No one wants to end farming, fishing, hunting, medical research or pet ownership.

A Department of Justice backgrounder states clearly that the bill “will make no changes to the way the law applies to currently lawful activities involving animals.”

It won’t criminalize incompetence or clumsiness. The backgrounder also specifically states that no existing Aboriginal or treaty rights are changed or affected by the bill.

The PM and Cabinet, however, have yet to decide whether to support the bill at second reading so it can then be reviewed by an all-party committee of the House.

Cruelty in Canada by the numbers

1 in 1,000 Number of complaints that lead to criminal charges

1892 When the Criminal Code’s animal cruelty provisions were enacted

13 Attempts to amend the provisions since 1999

46,949 Signatures as of this week on change.org petition in support of Bill C-246