Canada should stop participating in war on terror

As long as Canada participates in wars overseas, it has no moral or legal basis to claim that it should be free from attack 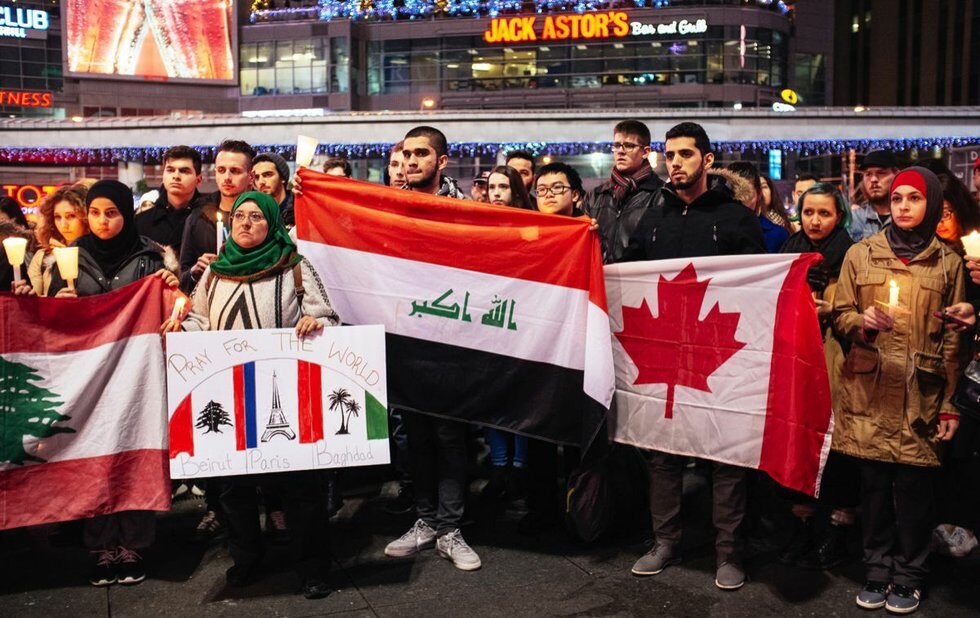 November 2015 vigil at Yonge-Dundas Square for victims of terrorist violence.

A truck that mows down pedestrians in Nice. A stabbing on a train in Würzburg, Germany. A bombing in Baghdad that leaves 325 people dead and more than 250 injured.

July 2016 has been one of the deadliest months for terrorist attacks in recent memory, if not ever – 173 incidents in total around the globe, claiming more than 1,000 lives.

How long before an attack takes place in Canada if we continue participating in the so-called “war on terror”?

Canada should end its participation by unilaterally declaring a truce and immediately ceasing all overseas military operations.

Simplistic? Maybe. Or maybe just simple. And effective in representing the real interests of most Canadians.

We are collaborating with the U.S. and some factions of people in killing those labelled Islamic militants, but also in killing totally innocent civilians, victims of the unavoidable collateral damage. Why? There’s no firm assurance that participating in these killings will provide any real benefit to either the people of the region or to us.

The U.S. pursues its political objectives via military activities all over the world. Canada should not support U.S. troops without very cogent and compelling reasons. I’m not aware of any. The mere fact that it’s dubbed a “war on terror” does not imply that terrorism will be lessened by our continued participation in it.

ISIS has called upon its sympathizers around the world to commit terrorist acts in countries that are fighting against it. The Trudeau government has halted air strikes, but operations on the ground with military “advisers” continue.

You may say members of ISIS are horrible, vicious people. Regardless of the extent to which that may be true, there is also little doubt that ISIS emerged in response to the destruction and chaos the U.S. and some of its allies have inflicted by toppling the governments of Afghanistan, Iraq and Libya and trying to topple the government of Syria.

You may have some vague feeling that fighting terrorism will somehow make your world safer.

But continued Western attacks will inevitably lead more people to join groups fighting to rid their countries of foreign invaders. If we don’t stop it, the war on terror will only escalate.

Attacking people overseas understandably creates hatred of Canadians, especially among those whose family members or friends are killed or injured by Canadian troops. Many other people in the Middle East and elsewhere feel that such attacks are immoral. Continuing to create such hatred is making our world much more dangerous, and making Canada a target of terrorism.

As long as Canada participates in wars overseas, it has no moral or legal basis to claim that it should be free from attack. If we recognize the equality of all human beings and the right of people to repel invaders of their own country, we cannot reasonably argue that we should be immune from counterattacks unless Canada declares a truce in its war on terror.

Peter Rosenthal is professor emeritus of mathematics and adjunct professor of law at the University of Toronto. He also practices law.