“I want to do due diligence in all aspects of Canadian culture, especially things that aren’t being covered," says writer-turned-podcast-host Chandler Levack 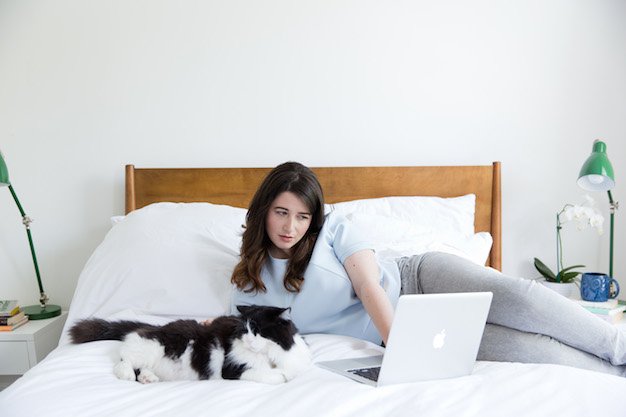 Update 04/08/2016: Canadaland announced today that Chander Levack will not longer be host of The Imposter, their new arts and entertainment show. The hunt continues, so stay tuned…

Most writers who cover entertainment know it’s easy to fall in line with a musician or filmmaker’s promotional plan. A new album or movie comes out, interviews are lined up and everyone gets 15 minutes and the same soundbites.

Writer-turned-podcast-host Chandler Levack and producer Katie Jensen want to break free from that cycle with The Imposter, a new arts and culture show launching via the media criticism website Canadaland on April 27.

“I want to do due diligence in all aspects of Canadian culture, especially things that aren’t being covered,” Levack tells NOW.

Episodes will include feature interviews with an artist, freelance contributions, roundtables, personal essays and radio docs on topics ranging from music, film and food to video game design, fashion and stand-up comedy.

The format will be similar to CBC Radio’s arts and culture show Q – as well as podcasts like Reply All and WTF With Marc Maron – but travel further afield from the mainstream.

“There are so many incredible Canadian artists, but until they get validation from the States we don’t give them their due respect,” she explains. “And we don’t give them a chance to highlight their personal stories unless it’s on a show like Q, which is the only show out there doing that right now.”

Levack is a seasoned freelancer, having covered music, fashion and pop culture for Toronto Life, SPIN, Vice, the Village Voice, Flare and Maisonneuve. (She also clocked time as a NOW music intern as a teenager.) She writes and directs short films and music videos, but has no formal experience or training in radio.

In a March 27 Canadaland podcast, host Jesse Brown said he received more than 200 applications for the arts and culture show host position. Although several candidates with impressive broadcasting credits applied, he was drawn to Levack’s enthusiasm and relaxed interview style.

“A host should be like that friend who you always take the opportunity to hang out with because you can count on it that they are going to have some new movie or comic book that they are super-excited and passionate about,” he says.

Before the debut episode airs online, The Imposter will launch with a live event at the Bloor Hot Docs Cinema on April 20. Guests include Operation Avalanche director Matt Johnson, the Black Hoof’s Jen Agg, musical performances by Bizzarh and Merival, and a live radio doc about the 1980s tax shelter period of Canadian film. But first, here’s our chat with Levack.

Where did the name The Imposter come from?

It’s a play on the idea that a lot of artists sometimes feel like imposters. It’s hard and challenging to make art, and I think Canadian artists are sometimes seen as imposters or as trying to make facsimiles of things that are successful in America. Or we feel like a culture that is an imposter of ourselves. I think those themes are going to work into different interviews.

Also, I like the fact that an imposter could be a cool spy – investigating things from a stealthy outlook. It’s like Canadians are always secretly spies in American culture. People don’t know we’re Canadian so we’re fitting in and bringing Canadian culture to the forefront in secret.

What are your plans for music coverage?

We don’t want to cover people in a promotional cycle where they’re being asked the same five questions on a press tour. We want to get people who are under-looked or just breaking out and nobody knows them. Or total legends that we can introduce to a whole new audience.

I’m going to do an interview with Carole Pope from Rough Trade and Vanessa Dunn from Vag Halen to get them to talk from their perspectives. I don’t think artists stop being relevant if they don’t have an album coming out.

You don’t have a background in radio. Have you been doing anything to prepare for your on-air hosting gig?

The feedback I got from the first [podcast] interview was literally only from men in their 50s complaining about my manner of speech, which is maybe more indicative of the way young women speak now. It’s such a contentious issue – vocal fry, the policing of women’s voices and how women should be speaking on the radio.

As much as I appreciate that there needs to be a certain degree of professionalism in the way you conduct an interview, I don’t want to change the way that I talk to make it more palatable for men in their 50s.

How will The Imposter fit in with Canadaland’s mandate to critique Canadian media?

Jesse’s show has obviously done a great job of criticizing the media, pointing out issues and giving it a chance to criticize itself, which I think is really important. This show is going to be an appreciation of arts and culture. I don’t think we’re going to be taking anyone down, but we still want to think critically about systemic problems in Canadian culture and where those things come from. We also want to personalize the narratives of Canadian art and artists and have fun, anecdotal conversations about literally whatever they want.