NEW YORK CITY - It's just after midnight on day one of New York Fashion Week, and nightlife legend Amy. 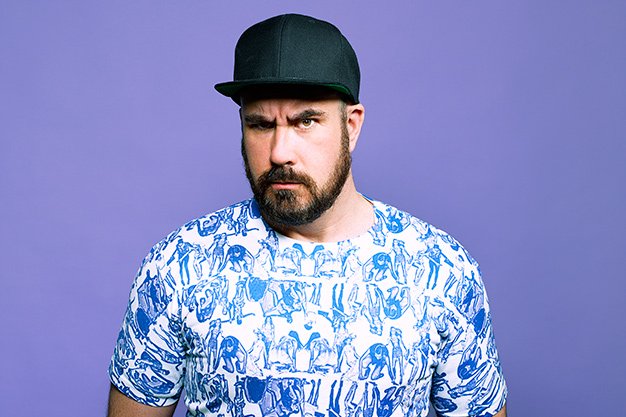 So many people imitate the success of others in their field. They think

Usually, it’s the faux-est of faux pas to be caught wearing the same thing as someone else at a fashion party. But tonight there’s a uniform of sorts, a pack mentality.

The cool kids aren’t showing off this season’s “It” bag or repping Pantone’s colour of the year. They’re decked out in Mickey Mouse ear hats, plush mouse gloves and Ts that depict the world’s most famous rodent flipping the bird.

The DJ drops Macho Man and the ears go wild, bouncing up and down to the music as servers carrying champagne bottles lit with sparklers dance by in a single-file line. Flickers of flame descend on the dance floor like Tinkerbell’s pixie dust, while Sacco watches the Mickey-Mouse-Club-meets-Caligula’s-Palace scene through a one-way mirror from a narrow lock-and-key VIP room that overlooks the club.

But it isn’t Mickey’s fan club that’s taken over No. 8. It’s the cult of Canadian designer Christopher Lee Sauve, and these are his Mausketeers.

Vancouver-born Sauve created a pop culture subculture of sorts with his signature graphic MadMaus Ts that reinterpret icons like Madonna, Karl Lagerfeld, David Bowie and Andy Warhol as mice – or “Mauses.” Tonight is Sacco’s turn: the event celebrates a special-edition T that gives her the Maus treatment alongside the designer himself and other fashion superstars.

The MadMaus line explores the commercialization of celebrity. The idea is that we no longer see celebs as people, but as the sum of parts packaged and sold to us.

“For example, you can take Marilyn Monroe and simplify her abstractly into lips, a mole, a curl of hair and an eyelash, or Bowie and his zigzag,” Sauve explains.

He combines these features with the mouse ears because Mickey is the most recognized character in the world, the ultimate personal brand.

The designs are oddly sincere and subversive at once, kind of like a Comedy Central roast on a shirt. Perhaps that’s why they’re so popular – they capture our increasingly complicated love-hate relationship with big celebrity. Sauve has both Mickey and Felix the Cat tattooed on his forearms and credits his fascination with pop culture and Disney to his grandmother, a big Mickey fan who first took him to Disneyland.

Like the celebrities whose images he uses, Sauve exudes a certain je ne sais quoi that attracts opportunities and followers en masse. One of his biggest inspirations, Andy Warhol, had a similar magnetism and became famous, in part, for his reflections on fame. The parallels between the two pop artists don’t end there.

Sauve’s big break – an “accident,” he says – occurred in 2008, when he was about to leave an art direction job at Diane von Furstenburg.

In the middle of the recession, amidst plummeting magazine ad dollars and Anna Wintour retirement rumours, he drew a sketch of the Vogue editor with the caption “SAVE ANNA.”

“I sent the picture to top creative directors in hopes of getting a job, but then all these bloggers like Perez Hilton started sharing it and it turned into a movement,” he tells me over a salade nicoise and kale smoothie at The Park in Chelsea, a venue that once blacklisted him after a wild night out.

“I have Irish blood, so I love to party. I mean, I looove to party,” Sauve says. “I’ll go out for days and miss things, but I can’t do that now. I have responsibilities, shoots and things I can’t miss.”

Hence the green smoothie. In fact, I haven’t seen him take a sip of alcohol since I arrived two days ago. Was there any particular incident that inspired him to clean up his act?

“There have been lots, but they’ve all been fucking awesome,” he laughs.

Someone asked him to turn SAVE ANNA into a shirt, and the rest is history. He emailed Seven New York, a popular high-end boutique at the time, and asked if they’d carry his line. They agreed and put his name on the store’s window beside the likes of Jeremy Scott, Gareth Pugh and Raf Simons.

Other sought-after retailers like Patricia Field soon followed, partly because of Sauve’s daring designs and because Sauve knows how to hustle.

“He stalked me,” laughs the flame-haired Field at her birthday party during NYFW.

Ambitious as he is, Sauve won’t sell just anywhere. He walked away from Urban Outfitters when the company wanted to sell his shirts at a price that would’ve required him to manufacture overseas.

“T-shirts are one of the only garments that get better the more you wash them and wear them. They develop stories,” he explains. “But in order to last, the material has to be high-quality.”

He’s determined to keep production local and ethical, so his Ts are hand-screened at Kingsland Printing in Brooklyn. When he sold a large order to Hudson’s Bay, he had the shirts screened in Toronto.

Sauve grew up in Maple Ridge, a small town about 45 minutes outside Vancouver. His father was a painter and photographer, and Sauve would spend hours working with him in his studio, learning tricks of the trade. Tragically, his father battled depression and committed suicide when Sauve was just 11.

“It was devastating,” he remembers. “I was very close with him.”

His family was poor and couldn’t afford cable, so they’d draw a lot.

“We’d take a sketch pad, my mom would draw a squiggle and pass it to me, then I’d add something, then my stepdad would add something, and so on,” says Sauve. “It sounds really boring now that there’s all this technology, but it was my favourite thing to do.”

As a teenager, he says he had no idea what he wanted from life. “I was kind of a punk at the time, just doing a lot of crazy shit.”

He studied design at a community college for a year before transferring to Emily Carr University of Art and Design.

“When I finished school, I didn’t have a job, and Vancouver just wasn’t my scene. I’d apply for jobs and they’d look at me like I had four heads,” recounts Sauve. “My work was a bit too crazy for condo brochures and stuff.”

Luckily, Adbusters saw his potential and hired him as a senior designer. He worked there for two years, then jetted off to NYC, where a string of art direction jobs eventually led him to Diane von Furstenburg.

“I had no idea who she was – I didn’t really know anything about fashion,” Sauve laughs, confessing that he thought she was a romance novelist in the vein of Danielle Steel. She loved his work and hired him despite his naivete.

While many designers stage their first fashion show before they’ve even graduated – an expensive endeavour with questionable return on investment – Sauve only showed at New York Fashion Week for the first time last fall.

His way seems to be working, because PR powerhouse Kelly Cutrone (of The Hills, The City and Kell On Earth fame) took notice. To Sauve’s surprise, she attended his show and emailed him afterward to set up a meeting. It turns out she’s a fan of his designs and wanted to sign him as a client. “She’s like my earth mother,” he gushes.

With Cutrone’s guidance, Sauve is working toward his second show this fall: “I’m thinking of going a little darker, which Kelly’s going to hate.”

Having spent the last few years with icons and heroes, he’s ready to explore his more villainous side.

“You should write a horrible article, say I spent all my time behind this pane of glass with Amy Sacco sneering at all the MadMaus fans and plotting to build an empire with Republicans,” he laughs. “You should totally do that. It’d be so Warholy.”