Uneven Canuck fest has some goodies 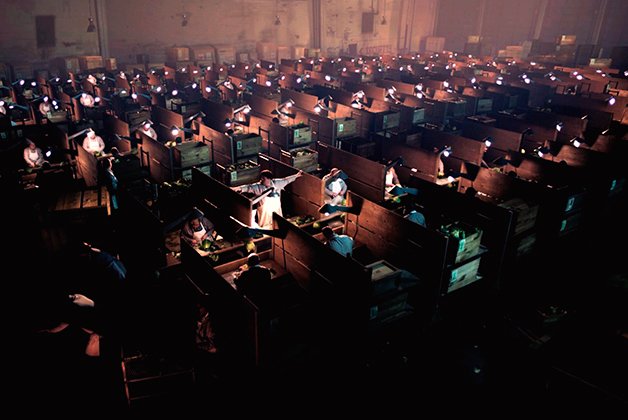 The Canadian Film Festival is always something of a strange animal.

Lacking the sizzle of TIFF and the consistency of a themed festival, it’s a scrappier thing, assembling a selection of modestly budgeted homegrown shorts and features and screening them at the Royal over three days. Sometimes there’s a breakout, like last year’s Toronto music doc The Scene.

Sometimes there’s a terrible horror movie that’s already slouched through an ignominious theatrical run, like 2011’s The Unleashed. You roll the dice and take your chances.

The opening-night entry for the festival’s 2014 edition is, at the very least, something you won’t easily forget. Patch Town (screening Thursday, at 7 pm) is a surrealistic fantasy set in a world where glum workers spend their days extracting babies from cabbages for the enjoyment of children beyond the factory walls – until one man (Rob Ramsay) dares to challenge the system.

Expanded by director Craig Goodwill from his 2011 short film, the movie is a triumph of insane commitment. I don’t know who was clamouring for an elaborate parody of Soviet-era workers’ musicals with lashings of Delicatessen and that Kids In The Hall short where Scott Thompson wails about sausages, but here you go.

Less successful is Leah Walker’s The Privileged (Friday, 9:15 pm), an uninspired psychological thriller that casts Joshua Close (In Their Skin) as a young lawyer drawn into a power game with his boss (Sam Trammell, from True Blood) at a cottage.

But Alec Toller’s Play: The Film (Saturday, 4:15 pm) is a pleasantly chaotic comedy about actors forced to improvise a stage play when everything goes wrong. It’s a nice flip on the Noises Off concept, and features a strong comic cast, including Orphan Black’s Kristian Bruun. It won’t change the world, but I could totally see this getting a theatrical run somewhere down the line.

See listings or go to canfilmfest.ca.