The Canadian Screen Awards nominations are out!

Academy Of Canadian Cinema & Television rolled out their film, television and digital nominations, and they're as encouraging (and frustrating) as ever 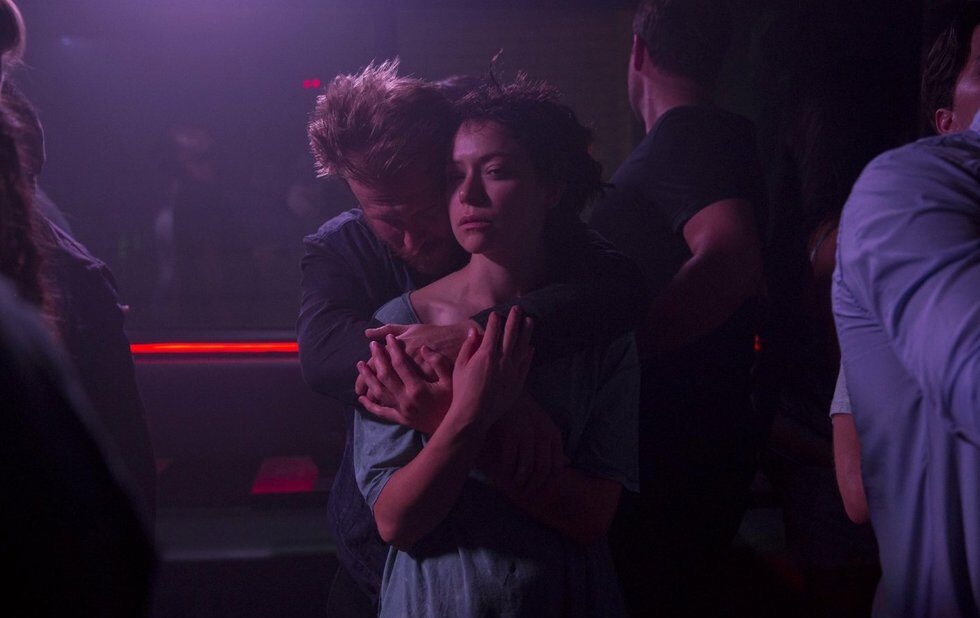 Tatiana Maslany got an acting nomination for The Other Half

At an awards breakfast early this morning, one week before the Academy Of Motion Picture Arts And Sciences announces this year’s Oscar nominations, the Academy Of Canadian Cinema & Television rolled out the film, television and digital nominations for the 2016 Canadian Screen Awards. And the results are as encouraging and frustrating as they always are.

Maybe it’s the range of programming that’s available. Or maybe it’s the fact that having 10 best picture nominees – an expansion introduced last year – but keeping every other category capped at five contenders makes the competition look oddly weighted. Or maybe it’s the frankly inexplicable exclusions in this year’s acting categories.

Xavier Dolan’s It’s Only The End Of The World came out on top with nine nominations, including picture, direction, cinematography and adapted screenplay, but eked out just two nominations for supporting actor (Vincent Cassel) and supporting actress (Nathalie Baye) – this despite Dolan’s strategy of filming almost the entire movie in close-ups of his cast. To see Marion Cotillard and Léa Seydoux excluded for their stronger, showier work is puzzling.

But it’s not as puzzling as seeing Born To Be Blue nab five nominations, including a best actress nod for Carmen Ejogo, while Ethan Hawke’s incandescent performance as Chet Baker is snubbed or to see Tatiana Maslany nominated as best actress for The Other Half while her co-star Tom Cullen – who’s terrific in the film’s leading role – goes unacknowledged. In both cases, it would seem unthinkable to nominate one without the other.

At least Andrew Gillis and Bhreagh MacNeil were both nominated for their work in the two-hander Werewolf, along with Ashley MacKenzie (editing) and Scott Moore (cinematography). It would have been nicer if writer/director MacKenzie had been nominated in either of those categories, but maybe the competition was just that fierce this year.

Certainly there were a number of other odd misses. Hawke and Cullen weren’t the only ones mysteriously passed over in the acting categories Mylène MacKay’s multifaceted turn in Anne Émond’s Nelly was overlooked, and the film itself almost entirely ignored, with just two nominations for costume design and cinematography.

And while this year’s ballot features no international ringers with the juice of Room’s Brie Larson or Brooklyn’s Saiorse Ronan, the co-production Race, about Jesse Owens and the 1936 Berlin Olympics, scored eight nominations including best picture, and star Stephan James – nominated for best actor – is actually Canadian. But whether James will win against Werewolf’s Gillis, Hello Destroyer’s Jared Abrahamson, Old Stone’s Gang Chen or Riverhead’s Lawrence Barry, I cannot even guess.

David Bezmozgis landed an adapted screenplay nomination for his adaptation of his own novel, Natasha, Sasha K. Gordon, who plays the title role, is up for best actress. And Stella Meghie’s Jean Of The Joneses earned her an original screenplay nomination and a supporting-actress nod for Sherri Shepherd.

In the documentary division, the nominees for best feature-length doc are Gulîstan: Land Of Roses, I Am The Blues, Koneline: Our Land Beautiful, The Prison In 12 Landscapes and Waseskun – but Koneline, with additional nominations for cinematography and editing, seems to have the edge.

On the television and digital media side, Orphan Black leads the pack with a total of 14 nominations, including best dramatic series (along with 19-2 and Vikings, each up for nine, Blood & Water, up for three, and This Life, up for two). The Orphan bounty includes the requisite best actress nomination for star Maslany – which is just about the only sure thing in this year’s awards – as well as a nod for supporting actor for Kevin Hanchard, a guest-star nomination for Gord Rand (who played last season’s dirty cop Marty Duko), a direction nomination for co-creator John Fawcett and no less than three writing nominations (including one for the show’s other co-creator Graeme Manson).

Orphan Black isn’t the only genre show to make the ballot this year, either: the supernatural Western Wynonna Earp finds itself up nominated in five categories, including writing, costume design and visual effects. The sci-fi adventure Killjoys also snagged a visual effects nomination, putting both shows up against Orphan Black and its multiple Maslanys.

In the comedy division, Schitt’s Creek comes out on top with 13 nominations, including nods for most of its cast, with Eugene and Daniel Levy both in contention for best actor, Catherine O’Hara for best actress, and Emily Hampshire for supporting actress.

But the series has some real competition in rookie show Kim’s Convenience, which lands with 11 nominations including best comedy series, best actor for Paul Sun-Hyung Lee, best actress nods for both Jean Yoon and Andrea Bang and a supporting actor nomination for Andrew Phung. Kim’s also snagged nominations for directing, photography and editing, as well as two nominations for writing.

And, somewhat inexplicably, the casts of Baroness Von Sketch Show and This Hour Has 22 Minutes find themselves competing with the Tragically Hip, Alessia Cara and Whitehorse for best performance in a variety or sketch comedy program or limited series. (The Hip’s farewell broadcast, A National Celebration, is up for six awards, with Baroness Von Sketch, This Hour and the Juno awards – which gave us the nominations for Cara and Whitehorse – each nominated for five.)

William Shatner and Edward Asner are both up for guest performance in a dramatic series (Shatner for playing Mark Twain in Murdoch Mysteries, Asner for an appearance on Forgive Me), competing with Christine Horne on Saving Hope, Julian Black Antelope on Blackstone and Orphan Black’s Rand.

Rookie fake-news comedy The Beaverton scored four nominations: it’s up against Baroness Von Sketch Show, This Hour Has 22 Minutes and Canada’s Walk Of Fame 2015 for best variety or sketch comedy program or series, and is also up for writing, directing and editing prizes.

And though it premiered at TIFF and had a theatrical run, Guantanamo’s Child: Omar Khadr – directed by Patrick Reed and Toronto Star journalist Michelle Shephard – is up for five TV prizes, including best social/political documentary program, direction and editing.

Previously announced honourees include actor Tantoo Cardinal, who will be presented with the Earle Gray award documentarian Simcha Jacobovici, receiving the Gordon Sinclair Award For Broadcast Journalism, and director Randall Okita, who will be given the inaugural John Dunning Discovery Award.

The Canadian Screen Awards will be presented at the Sony Centre For The Performing Arts on March 12. Click here for the full list of nominees.