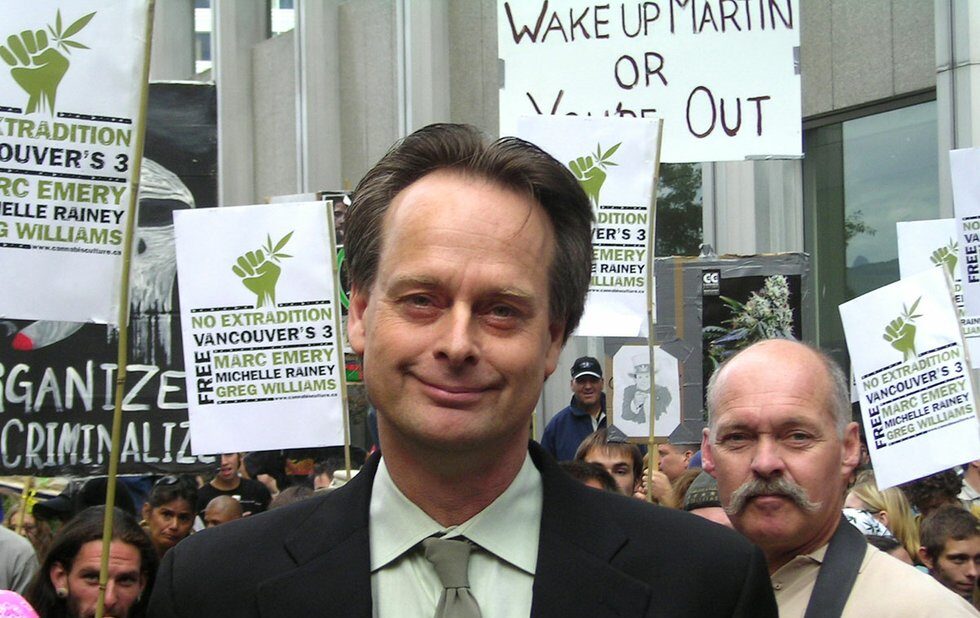 Joey Viola co-owns an event management company called Mojo Entertainment. Every Monday night, Mojo hosts an event at Flash, a male strip club on Church Street in the heart of the gay village. The club happens to be next door to Cannabis Culture, where Viola is also a customer.

“I’ve had patrons come to me telling me that when they go outside for a cigarette or when they’re in line to get into the club, they’ve been harassed by customers loitering outside Cannabis Culture,” Viola says. “I’ve had people tell me they’ve been called ‘fag’ or people calling them ‘tranny.'”

It all became too much for Viola to stay silent, he says. On January 3, he posted his concerns on Cannabis Culture’s Facebook page: “Although I am happy to have a safe space to smoke, I am appalled at the homophobic and transphobic… customers that make us LGBTQ people feel unsafe in our own village,” he wrote.

“Customers harass us on the street. I’ve had friends who have been bullied by customers loitering on Church.”

After Viola posted his comments, numerous members of the LGBTQ community joined in to write that Cannabis Culture customers, and sometimes staff at the marijuana dispensary, had made them feel unsafe.

On January 6, tension boiled over when a splash of light blue paint was thrown against the window of Cannabis Culture in what looked like a hasty act of vandalism.

Kelly Kyle, head of the Church-Wellesley Village BIA, says no complaints had been brought to the organization’s attention.

But to some members of the cannabis community, the complaints weren’t isolated.

“I have been hearing about issues like this since you have opened,” wrote Queens of Cannabis co-owner Brandy Zurborg on Facebook.

“The industry remains very much a male-dominated one,” Zurborg tells NOW in an interview later.

“Men are braver than women to speak about their drug use,” she says. “[The industry is] changing, but it is typically not very gay-friendly.”

In the social media world – comprising Facebook and Instagram, but also sites like Leafly and Weedmaps – complaints about cannabis dispensaries are common enough. Some people take issue with the “homophobic” music played inside some dispensaries (mainly top-40 hip-hop), while others claim that customers and staff make them feel unsafe.

That the target in this case was a dispensary owned by Marc Emery, one of the most visible (and vocal) leaders of the cannabis activism movement, Canada’s media-anointed “Prince of Pot,” made the incident more noteworthy.

For Emery, there’s little doubt who was responsible.

In a post on Instagram and Facebook he called it “a result of a hateful campaign underway by social media provocateurs to demonize Cannabis Culture.” He wrote that “so-called gay activists are bringing hate and intolerance to the gay village.”

Emery tells NOW that he was unaware of any issues or complaints about his shop before the recent Facebook posts. “No one had ever brought this to my attention. I work there every day and never had a conversation with anyone.”

As for the online criticism, he says he doesn’t ordinarily concern himself with accusations made online because “social media is absolutely the wrong place” to air grievances. “If you want to become my enemy, make a claim on social media without consulting me.”

Some LGBT individuals who spoke with NOW are disappointed that Cannabis Culture has had allegations of homophobia hung around its neck. For many who live and work in the Village, Cannabis Culture is one of their only sources for cannabis.

The LGBTQ community and the cannabis community both see themselves as marginalized, albeit in different ways. The two have long overlapped in the counterculture.

It’s the most combative forms of cannabis activism, when people like Emery compare their struggle with the struggle for LGBTQ rights, that raise eyebrows.

“The human rights issue is the right to have a peaceful, honest lifestyle without being punished, and that’s us,” says Emery emphatically. “Nobody’s saying that you can’t be gay in Canada. Nobody. Is there any official edict? No. At least they’re not arrested and put in jail for being who they are like we are.”

While Emery says he’s not attempting to minimize the struggles of LGBTQ individuals (he says he is accepting of all sexualities and is proud to employ a number of LGBTQ individuals at Cannabis Culture), his is a difficult comparison to sympathize or agree with, says Viola.

“Being LGBTQ, you’re fighting for basic human rights you’re not fighting so you can smoke a spliff.”

But the social media showdown seems to have produced some positives.

On the same day that the store was vandalized, Emery met with Viola and agreed to some of his requests. Emery says he will pay for sensitivity training for his staff and himself, will hire extra security for later hours and will post a sign stating that the store is a safe space.

According to Viola, the store will also be exploring hosting more LGBTQ-themed events in the future. In general, the vandalism has served as a catalyst for improvements.

Despite Emery’s palpable anger on social media, the paint is a secondary issue. In addition to conceding to Viola that blaming the LGBTQ community was premature (in part because “gay people would never use seafoam,” joked Viola), Emery prefers to focus on moving forward.

“I’m interested in making sure that anybody in the community feels that Cannabis Culture is a welcoming place,” he says. “So we’re going to pursue those goals, cuz those are worth pursuing, right?”