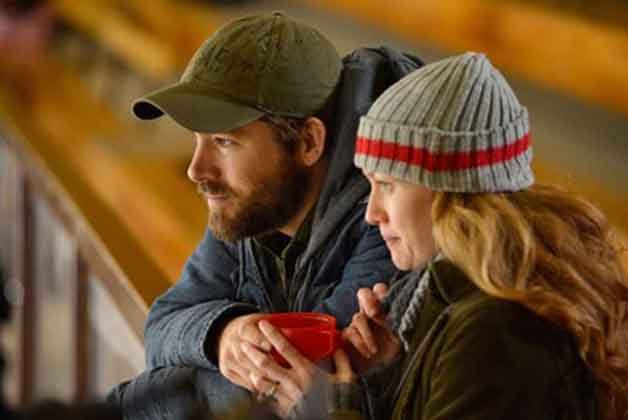 Cannes, France – The annual pilgrimage to the epicentre of the film world began its first full day this morning with the world premiere of Mike Leigh’s Mr. Turner and the expressive countenance of Timothy Spall conjuring up the British artist J.M.W. Turner. After Timbuktu, Abderrahmane Sissako’s clear-eyed, moving, humanistic look at the jihadist takeover of northern Mali, it’s the second strong film to have screened.

The disastrous opening film, the laughable Grace Of Monaco, brought back memories of classic misfirings of the past when the artistic quality of that out-of-competition slot was inversely proportional to the excellence of the films the jury would judge.

So the 67th Cannes Film Festival is already delivering on its promise, given that the directors of nine of the 18 films in competition are previous winners including four Palmes d’Or and four Grand Prix. The rumble in the background, however, is not the swelling waves of the Mediterranean but rather an avalanche heralding Canada’s historic presence here on the fabled Croisette where two nights ago, under a nearly full moon, dozens of hopeful stargazers hunkered down with their chairs and stepladders for a 12-day bivouac directly opposite the entrance to Cannes’ storied red carpet.

David Cronenberg’s Maps to the Stars, Atom Egoyan’s The Captive and Xavier Dolan’s Mommy have raised our country’s collective profile here only the French, with four contenders, outnumber us.

Cronenberg has spent ten years getting Bruce Wagner’s satirical script about living the Hollywood dream to the screen. It’s his fifth time in competition Crash won a Special Jury Prize in 1996. Egoyan is in competition for the sixth time with the story of a family’s reaction to the news that their missing daughter may have been found, eight years after her disappearance. Its subject harkens back to The Sweet Hereafter, which captured the Grand Prix in 1997. Dolan, the 25-year-old Quebeçois wunderkind has had the film world in his thrall ever since I Killed My Mother swept every award five years ago at the Directors’ Fortnight Cannes sidebar. Mommy is his first film in competition.

Stiff opposition to the three Canucks is expected from Winter Sleep, Turkish director Nuri Bilge Ceylan’s atmospheric tale of isolation set in the mountains of Anatolia that has drawn comparisons to Kubrick’s The Shining. Three of his previous four films won big prizes: two Grand Prix and one Best Director.

But bragging rights belong to the Dardenne brothers, Jean-Pierre and Luc, winners of two Palmes d’Or (first for Rosetta, ironically, when Cronenberg was jury president in 1999), two Grand Prix and a screenplay award. Will Two Days, One Night make history? And then there are the other prior Palme winners, those septuagenarian Brits, Ken Loach – Jimmy’s Hall is his record-setting 12th film in competition – and Leigh with Mr. Turner.

Japanese filmmaker Naomi Kawase (Still The Water), who has won both the Camera d’Or for best first film and a Grand Prix, is one of two women hoping to find favour with the jury headed by Jane Campion, the only woman director ever to have won the Palme. The 32-year-old Italian filmmaker, Alice Rohrwacher, brings her second feature The Wonders to the table, having built up considerable international cred with her previous film, Corpo Celeste. Argentinian Damián Szifrón, on the other hand, is a virtual unknown on the world stage. Described by Cannes festival director Thierry Frémaux as a comedy, Wild Nights is co-produced by Pedro Almodóvar and his brother Agustin.

Films by the likes of 83-year-old cinema icon Jean-Luc Godard (in 3D, no less), Oscar-winner Michel Hazanavicius, French stalwarts Olivier Assayas and Bertrand Bonello, Tommy Lee Jones (whose first directorial foray, The Three Deaths of Melquiades Estrada won two prizes here in 2005) and Bennett Miller (following the success of Capote and Moneyball, Foxcatcher marks his Cannes debut) are eagerly awaited. Rounding out the jury’s menu is Andrey Avyagintsev’s Leviathan which uses the Book of Job as a template for what is likely to be an incisive dissection of contemporary Russia.

Cannes remains the ultimate film platform with the competition as its centerpiece. As Cronenberg said in Le Monde: “I don’t believe in the idea of competition. How can films as different as mine and the Dardenne brothers, for example, compete? However I don’t want my film not to be in competition. When you’re in Cannes, you have to play the game.”