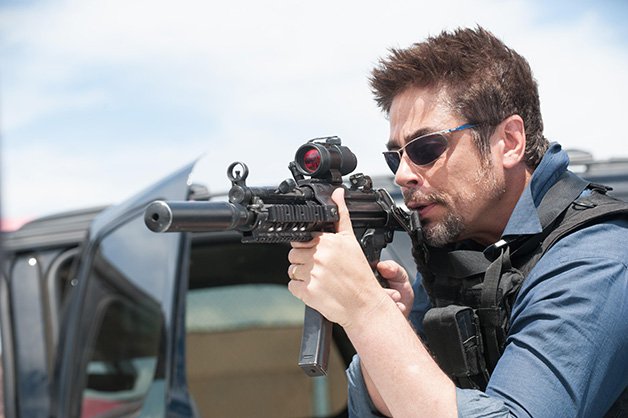 FESTIVAL DE CANNES May 13 to 24. festival-cannes.com

Cannes, France – The shrine to cinema that is Cannes is burning bright with expectation as the 68th edition of the festival began officially on Wednesday (May 13).

The out-of-competition opener, La Tête Haute (Standing Tall) is a compassionate, high-energy tale of an angry and violent teenage boy and the people who work to improve lives like his. That it is French only underlines the unprecedented presence of the host country in this year’s competitio

Looking at the 19 films competing for the Palme d’Or, one is struck immediately by the sheer number of films in English. Films by Norwegian, Greek, Mexican, Quebecois and two Italian directors are in English, as well as two American and one Australian.

The competition began with the first of the English-language films by non-English-speaking filmmakers. Matteo Garrone, who has two Cannes Grand Prix in his resumé (Gomorrah and Reality), turned to the fairy tales of Giambattista Basile for Tale Of Tales. It’s weird and wonderful but ultimately underwhelming.

In contrast to last year’s historic showing that saw three Canadian directors compete for the Palme, Denis Villeneuve stands alone this year for Sicario, an American movie about the world of drug cartels. At a Montreal press conference prior to the festival, Villeneuve described Cannes as “by far the biggest, the most prestigious window for auteur films, art house movies, for movies in general,” calling it a “massive privilege” for him to be here.

Interestingly, Brolin is a favourite of Joel and Ethan Coen, who are the co-presidents of the Cannes jury, the first time in history that the jury has been led by two. In an interview in Le Monde, the brothers talked about how lucky they were that their 1991 Palme d’Or winner, Barton Fink, competed when Roman Polanski was jury president, since it was a Polanski genre film.

Perhaps there will be a Coen brothers genre film in the competition this year.

The single all-Canadian feature in 2015’s official selection is Andrew Cividino’s Sleeping Giant, competing in the Critics’ Week sidebar along with six other first films. At its initial screening earlier today, which was greeted with measured applause, the Ryerson grad said that he wanted to capture the energy of being a boy growing up near Lake Superior. He succeeds in doing so in this slick character study of a cottage boy and two locals hanging out over one summer of awkward adolescence. Their bullying and braggadocio are as wild as the setting itself. 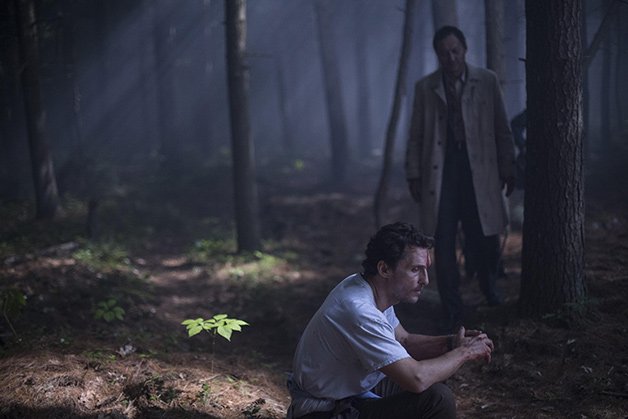 Cannes is an auteur-driven festival – in the official program book the director’s name is listed above the film’s title and in larger type – but its famous red carpet craves stars. McConaughey is sure to be cheered by the throngs who camp out for 12 days on the adjacent boulevard, their view aided by giant stepladders and binoculars. 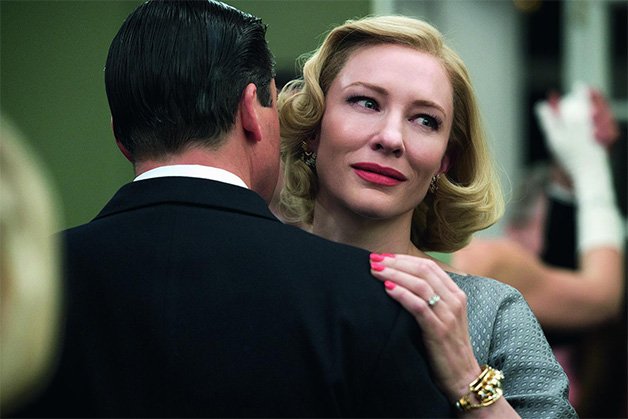 Cate Blanchett plays a married lesbian in Todd Haynes’s Carol, one to watch at Cannes.

Undoubtedly, another red carpet favourite will be Cate Blanchett, who heads the cast of the third American film, Todd Haynes’s Carol, an adaptation of Patricia Highsmith’s groundbreaking novel The Price Of Salt, based on her life in New York City’s post-WWII lesbian subculture. Haynes’s Sirkian sensibility and exquisite period eye make it one to watch for.

So, too, are the three Asian films, each directed by a bona fide heavyweight and former Cannes prizewinner.

Hirokazu Kore-eda’s Our Little Sister, based on a graphic novel about three sisters who discover a half-sister they never knew, Jia Zhang-ke’s complex drama Mountains May Depart and The Assassin, Hou Hsiao-Hsien’s ninth-century martial arts tale, all look very strong. I can’t wait to see Hou use his unique cinematographic perspective in a genre he’s never worked in before.

The only first film in competition is Son Of Saul, directed by László Nemes, who honed his craft working as an assistant to fellow Hungarian Béla Tarr, known for lyrical, long, slow takes are either loved or despised.

Greek director Yorgos Lanthimos, whose Dogtooth won the 2009 Certain Regard prize, makes his competition debut with The Lobster, a fantasy starring Colin Farrell and Rachel Weisz. Likewise, Norwegian director Joachim Trier, whose remarkable debut Reprise caught the film world’s attention in 2006, joins the competition for the first time with the English-language family drama Louder Than Bombs. Mexican director Michel Franco’s Chronic, about a nurse (Tim Roth) who develops strong relationships with his terminally ill patients, is yet one more film in English by a non-native English speaker.

Completing the English-language roster is Macbeth, a UK-French co-production directed by the Australian Justin Kurzel and starring the formidable Michael Fassbender. Perhaps this film, based on the play by English literature’s greatest wordsmith, with its rapier wit, acid-toned dialogue and bloody-minded violence, will be the Coen brothers genre film.