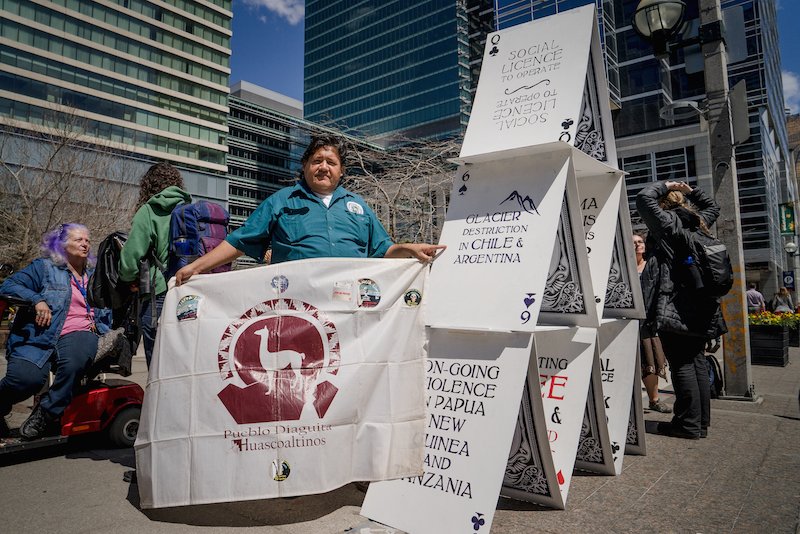 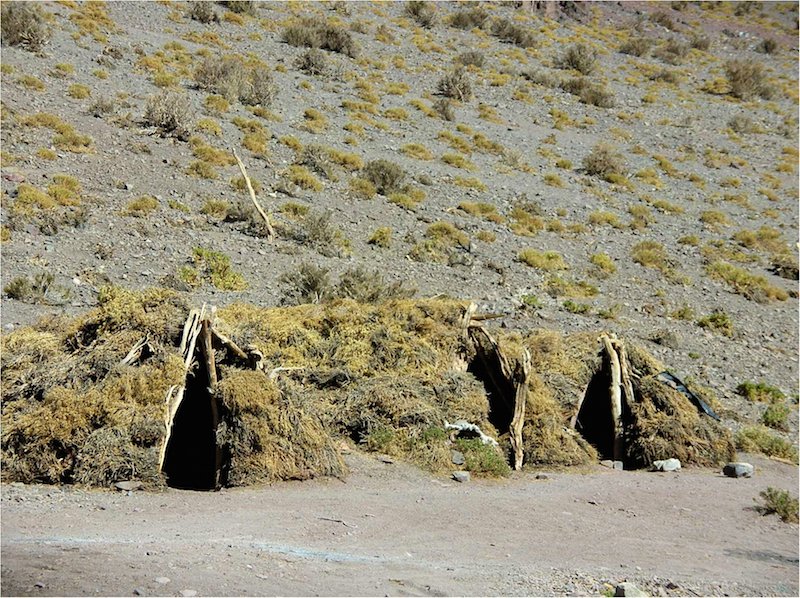 The Diaguita Huascoaltinos agricultural community consists of 250 families of indigenous farmers and herders. They are the only native community in northern Chile that maintained its collective land rights after Spanish colonization. They’ve been paying taxes on their land, 380,000 hectares in Chile’s Huasco Valley, since the 1850s, and officially registered their territory with the state in 1903. Small individual plots belonging to members of the community have been passed down for generations.

That fact has exacerbated the community’s battle against mining projects in the region, in particular, Barrick Gold’s Pascua Lama gold mining project.

As local leader Sergio Campusano told a room packed with Barrick shareholders during the company’s annual general meeting in Toronto last month, Barrick was quick to follow the Chilean government’s lead and push forward with its Pascua Lama project over community objections and “deny us the human rights of an original people… even though we have been an autonomous indigenous people since time immemorial.”

Barrick is not the only mining company with a stake on land the Huascoaltinos claim as their own. New Gold and Goldcorp’s joint El Morro mine project is another that Campusano says is being pursued without community consent.

Until now, the companies did not seem concerned about recognizing indigenous land rights. Falling gold prices and financial difficulties in the face of years-long delays for both projects have given rise to a more conciliatory tone – at least on Goldcorp’s and New Gold’s part. But according to Campusano, “Nothing has changed.” If anything, he says, “the situation of indigenous rights and disrespect to Mother Earth has become worse.”

The Huascoaltinos lodged a complaint over Chile’s approval of Pascua Lama with the Inter-American Commission on Human Rights, which in 2010 accepted the case alleging Barrick’s “fraudulent” purchase of land. The Huascoaltinos argue that Chile violated the American Convention on Human Rights when it approved the mine. In 2011, Export Development Canada and the Export-Import Bank of the United States pulled their funding of Pascua Lama over questions about the mine’s environmental consequences.

Goldcorp and New Gold have also been faced with delays after they attempted to ignore the Huascoaltinos’ title to land on which they’re developing the $3.9 billion El Morro gold mine. The companies were taken all the way to the Supreme Court of Chile, whose ruling last fall forced Goldcorp to recognize the Huascoaltinos as the true owners.

Having been handed that defeat, New Gold’s and Goldcorp’s CEOs appeared eager to accommodate Campusano during their AGMs, which Campusano also attended in Toronto last month. After Campusano spoke to Goldcorp shareholders, CEO Chuck Jeannes addressed him. “We want to start from zero,” he repeatedly told the indigenous leader.

Campusano, however, told him he would consider meeting with him only after Goldcorp’s equipment was off his people’s land.

Barrick, meanwhile, has acknowledged that official status has been denied the Diaguita Huascoaltinos. But the company continues to deal only with the recognized Diaguita, funding cultural centres and providing free legal assistance to Diaguita seeking to gain official status and eligibility for government benefits. Barrick is eager to make a deal with that group because of a lawsuit brought by some Diaguita that halted work on Pascua Lama in 2013 for environmental violations and led to an eventual write-down for that mine of $5.5 billion.

Barrick now faces a $6 billion class action suit brought by its own shareholders alleging fraud for concealing the real costs of Pascua Lama and for allegedly misleading them about meeting the environmental standards set out for that mine.

In a 2014 interview with The Economist, Barrick founder and former chairman Peter Munk said the Chilean courts are “entirely focused on whether by opening a mine we have transgressed on the constitutional right of constant and steady unperturbed enjoyment of [indigenous] rights.” He said communities are worried that “the very fact that the mine was approved will change their ability to fish, their ability hunt, ability to graze, to walk.

“And maybe they cannot graze, which I fully admit,” Munk continued. “But they are endangering 3,000 people’s jobs and huge economic benefits to the community – educational benefits, tax benefits, foreign exchange benefits.”

Barrick’s mine offers temporary jobs, most in the short-term construction phase, but the Huascoaltinos do not want this kind of development.

Says Campusano: “We have been persecuted doggedly for more than 500 years from all those who have tried to defeat us through colonialism and steal our land. Two centuries ago it was the Spanish. Today it is the multinationals that want to take our lives out from under our feet, all for the selfish whim for a few sparkling rocks.”