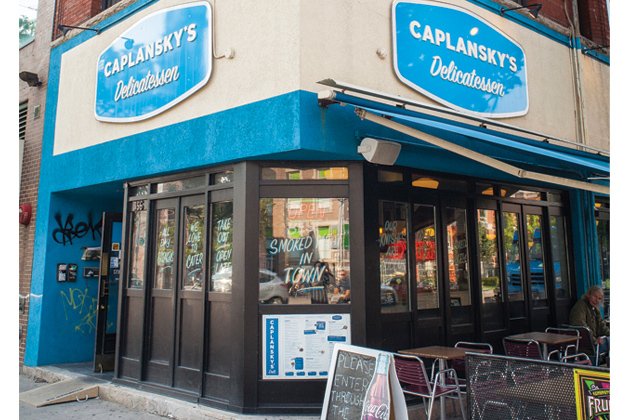 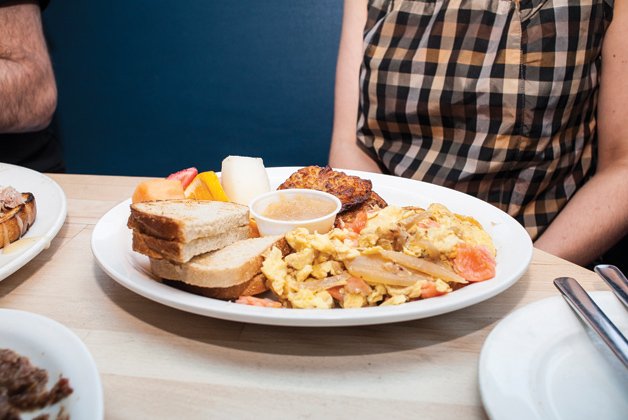 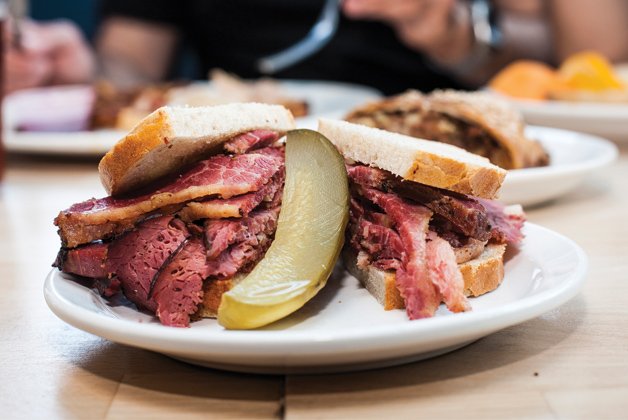 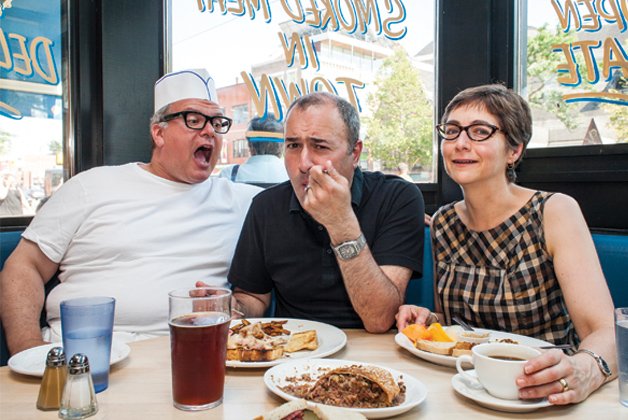 It’s a lovely October evening in 2007. My wife Kate and I are trying not to mark the anniversary of a death in the family. We don’t want to stay home with our thoughts, and we’ve heard about this guy selling smoked meat out of the Monarch Tavern. We know that if that doesn’t distract us, nothing can.

So we walk the 20 minutes or so to the Monarch, talking about everything but the thing in the back of our minds, and then we get there and find a table. This is before Zane Caplansky hired proper help, so he’s doing everything himself.

He’s a whirlwind of activity, making sandwiches, cycling through baskets of fries and baking that knish thing he makes that’s exactly the midpoint between the potato-ball Toronto variant of the dish on which I was raised and the pastry-shell New York version. The knish thing is fantastic.

As it turns out, a smoked meat sandwich and a pint of beer can paper over a hole in your heart, at least for an hour or so. And though we don’t really get to talk to Zane that night, we make sure to say hi on the way out and tell him how much we liked the food.

Over the next few months, we return to the Monarch whenever the mood strikes – always making sure to walk there and back, even in winter, in order to convince ourselves we’re burning off enough calories to justify the meal. (Hey, everyone lies to themselves about something.) And we get to know Zane, who tells us about his plans to open his own place – a real deli, like the ones he grew up with.

Zane and I are around the same age, and grew up going to many of the same places with our parents and grandparents. Coleman’s Delicatessen at Bathurst and Lawrence was one we both loved, and I’ve always believed that Zane modelled his College West delicatessen after it. Caplansky’s is what Coleman’s would have become had it moved with the times instead of staying fixed in its 1950s aesthetic.

It’s a bright, welcoming space built to invite people into the deli experience whether or not they share the cultural reference points. (Caplansky’s has more windows than any other deli I’ve ever visited.) And unlike other delis, Caplansky’s has already shown a willingness to evolve. He’s remodelled it once already, shifting the bar to the back of the house to make room for a deli case.

(Oh, right, the bar. Name another deli that has four craft beers on tap along with the seltzer and Vernor’s. One of them, Deli King, is a bespoke collaboration with the Barley Days brewery. The day I finally convince Zane to import Cel-Ray, I may achieve nirvana.)

The menu keeps expanding, Zane broadening his offerings to include non-meat choices that aren’t just lip service to the concept (Kate and her mother both swear by The Leo, an all-day brunch option composed of lox, scrambled eggs, onions and a perfect bagel), while the more deli-centric dishes just keep getting more and more interesting. Smoked meat led to smoked turkey, and from there to the sliced salami known as versht (served with mustard and red onions insist on challah instead of rye).

I have consumed it all. Beet borscht, meat loaf plates, massive tuna salad sandwiches, the Caplansky Burger (80 per cent ground chuck, 20 per cent smoked meat). My current usual is the Honest Lawyer – smoked turkey and kishka (don’t ask) piled on toasted challah, doused in gravy and accompanied by more fries than is probably necessary.

You become a regular in stages. (Unless you’re Geddy Lee, in which case you get a dish named after you, like, the second time you come in.) I’ve brought family there, conducted two different Hot Docs interviews there, been part of a National Post panel about Jews and baseball – with apologies to my brother Mike, who knows a lot more about that particular Venn diagram than I do – and insisted that a bunch of film critics decompress there when it turned out we all had a couple of hours free during TIFF.

I met the author David Sax there, buying my (second) copy of his excellent book Save The Deli, in which Zane figures somewhat. I’ve hung out at the Sunday-night storytelling sessions started up by Michael and Marilla Wex to reconnect the deli with its function as a communal hub. I knew I was a regular the time I was enlisted to tally up the points for one of Zane’s latke cook-offs. That’s trust.

And somewhere along the line, Zane achieved his goal. The deli – his deli – has become an essential element of my neighbourhood. He himself has become a proper player in the city’s Jewish culture, from his enthusiastic TV presence to his principled decision to sponsor a screening at this year’s Toronto Palestinian Film Festival in response to the latest ugliness in Gaza.

That October evening’s desperately needed distraction has become a regular fixture in my life. His move out of the Monarch let me put away the sadder associations. Caplansky’s on College is a place I only associate with happiness and being stuffed to bursting.

There is only one flaw. The new place is much closer to the house – five minutes’ walk instead of 20 – so the calories don’t burn off the way they used to.

I’m trying not to mind.

restaurant review The Way We Eat