Avengers sequel hits the same plot points as BVS, but does it with intelligence, consideration and a sense of humour 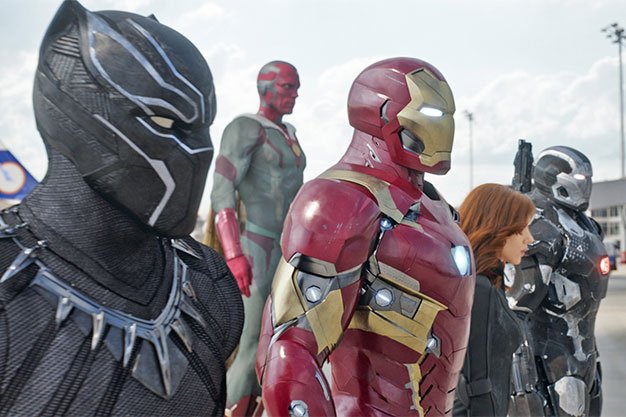 A city destroyed. A world enraged. Super-beings held accountable for the carnage left in their wake. And a diabolical villain engineering a confrontation between two of the world’s finest heroes.

That was the plot of Batman V Superman: Dawn Of Justice, of course. But amazingly enough it’s also the plot of Captain America: Civil War, the latest Marvel movie. The difference is, Marvel plays that story out with intelligence, consideration and a desperately needed sense of humour.

Civil War, like The Winter Soldier before it, is less of a stand-alone adventure than a straight-up sequel to the Avengers movie that preceded it, Age Of Ultron. And, again like The Winter Soldier, it betters its predecessor by telling a massive story from the perspective of the franchise’s most human and endearing hero.

This time around, Steve Rogers (Chris Evans) goes up against Tony “Iron Man” Stark (Robert Downey Jr.) over a superhero responsibility accord that would criminalize independent action, forcing their fellow heroes to choose sides. I could list the other characters who are involved, but it’s easier to say “everyone except Thor and the Hulk.” A couple of new heroes make their in-universe debut as well.

There are shootouts and secret bases and a master plot revolving around the pursuit of Cap’s old pal Bucky Barnes (Sebastian Stan) by a mysterious man known only as Zemo (Daniel Brühl), but the film’s real conflict is idealism versus realism, in the form of Cap’s patriotism versus Stark’s path-of-least-resistance pragmatism.

The actualization of that conflict gives the Russo brothers an anchor around which to stage half a dozen top-flight superhero battles, each played out with the distinct personalities and skill sets of the heroes involved.

And if Marvel has to use each new picture to launch new characters – oh, hi there, Chadwick Boseman’s Black Panther – the Russos find a much more elegant way to do it than Joss Whedon did in Age Of Ultron.

Speaking of which, it is now my most fervent wish that screenwriters Christopher Markus and Stephen McFeely get to do a pass on that upcoming Spider-Man movie, because they (and actor Tom Holland) knock that character out of the park.