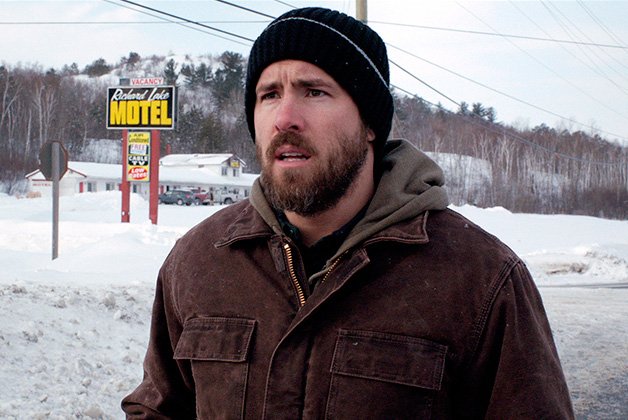 Poor Ryan Reynolds is held Captive by a stupid script and clunky direction.

There’s a reason the poster for Captive is so generic. If they told you what kind of movie it really is, you’d never go anywhere near it.

Essentially a Lifetime movie that happens to star the white-hot David Oyelowo and Kate Mara, Captive re-creates a 2005 incident in which recovering addict Ashley Smith was held overnight in her Duluth home by escaped felon Brian Nichols, who’d been awaiting trial in Atlanta for a vicious sexual assault.

Nichols held Smith hostage for about 12 hours, during which time she gave him crystal meth and read to him from Rick Warren’s evangelical bestseller The Purpose Driven Life – which Smith credits for breaking through Nichols’s paranoia and rage and allowing her to survive the night. You might have seen the Oprah episode about it veteran TV director Jerry Jameson absolutely has, since he’s pitched the entire movie to the daytime-TV audience.

So, yeah, it’s a message movie with a wildly overqualified cast, which also includes Michael Kenneth Williams and Leonor Varela. Captive is just the latest in an apparently never-ending line of mawkish faith-based pictures, reframing a horrific experience as a squishy redemption narrative so people can come out feeling all warm and fuzzy about God’s plan, or something.

The film is dedicated to the memories of the four people Nichols murdered before he arrived at Smith’s door, which seems a little awkward given that their deaths were apparently necessary so she could learn a valuable lesson about living clean. Mysterious ways, I guess.