Carcass and Gorguts at the Opera House 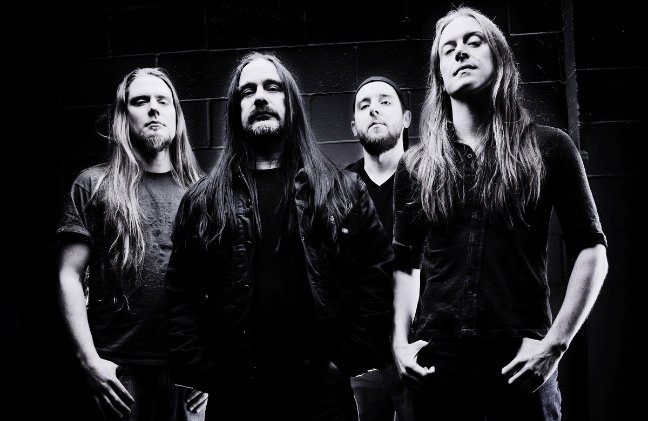 The Decibel Magazine tour stop in Toronto was moved from Sound Academy to the much smaller Opera House last week, which was probably a good business move but meant fans were jammed in tight. That didn’t stop them from having a blast, especially during Carcass’s headlining set.

Aside from a rant about young musicians’ use of computers and backing tracks that made him sound out of touch and closed-minded, droll Liverpool frontman/bassist Jeff Walker kept the mood light between tunes that spanned the English grindcore pioneers’ lengthy career.

Songs like Unfit For Human Consumption from their terrific 2013 comeback album, Surgical Steel, sounded just right alongside 25-year-old ones, including Corporal Jigsore Quandary from 1991’s Necroticism – Descanting The Insalubrious, which incited a mosh pit fight.

The much younger, more melodic-leaning Black Dahlia Murder got the crowd onside, but Gorguts were the opener people were rooting for. The influential Quebec tech-death four-piece have a glorious comeback album of their own, and they unfurled its epic songs with unflashy passion. But they couldn’t go wrong by going back in time for their pseudo-encore, the 1998 classic Obscura.