At Ubisoft, I'm responsible for 3D modelling, which entails creating game art assets and texturing the game environments. I worked. 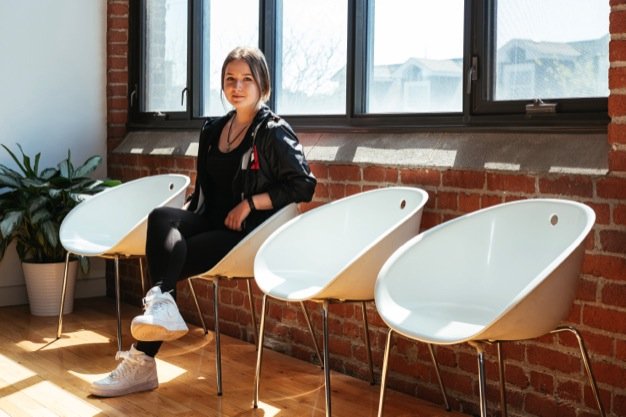 At Ubisoft, I’m responsible for 3D modelling, which entails creating game art assets and texturing the game environments. I worked on Far Cry Primal, which was released this year. It was an amazing experience – we had a really talented team, and I was proud to work on it.

I grew up gaming. It’s always been a huge part of my life, and I knew this was where I would end up eventually. In my high school nobody played video games, so I was the only one. I always kept to myself. The best thing about role-playing games is that you hang out with in-game characters – as sad as that sounds – and you get to make a story for yourself. You can be a hero, you can be anything. That’s what I enjoy.

After high school, I enrolled at York University for a year. I studied film art because I wanted to go into cinematics for video games, but it didn’t work out. Initially, I didn’t know game development was a profession that I could go to school for, but when I looked into it I realized it was better to go straight into game art rather than through film.

I started learning more about what goes into games so I could build a portfolio to get into George Brown’s game development program. In the first year of the three-year program you get a foundation in everything from programming to digital art and 3D, and in second year you’re able to specialize in animation and 3D modelling.

Animation is what makes the characters move, either through performance capture or sometimes through hand animation 3D modelling involves creating the space, the environment in which the character exists. I chose 3D modelling because I like to see the art come to life. You make everything from scratch.

It’s definitely a challenging program, but I was willing to go through whatever hell I had to. I’m really passionate about games. The first year is especially hard because we focused on very different disciplines. It’s a little bit overwhelming, but you learn a lot and eventually get to choose what you want to do.

The instructors are all industry veterans and have a ton of experience. In fact, I’m working with one of my professors from George Brown at Ubisoft right now, so I’m on my instructor’s team. The teachers keep up with the latest game technology. When I got my opportunity here at Ubisoft, I knew exactly what my job was going to entail.

My favourite courses were 3D modelling and 3D character art, because we did a lot of organic modelling. I created an environment last year for the Ubisoft Toronto NXT Showcase competition. The theme was a historical diorama, so I created a Viking environment – it took me four months, the whole semester – and I was a finalist. That’s how I got my first opportunity at Ubisoft.

In school, students get to choose what style they like, so if you prefer stylized games, you’re able to focus on that. I’m drawn to realistic environments, so that’s what I’m working on. Ubisoft prides itself on how realistic, beautiful and immersive its worlds are.

If you’re a gamer who spends more time walking around looking at the environment than running around, you’re suited to being a 3D modeller. You have to be able to pick up details and be able to tell a story through something as mundane as a cup or a small prop.

We create a lot of iterations to make sure everything looks perfect. Primal was a really big project and I was fixing it six or seven times. You’re not going to get it right on the first try, and that’s okay.