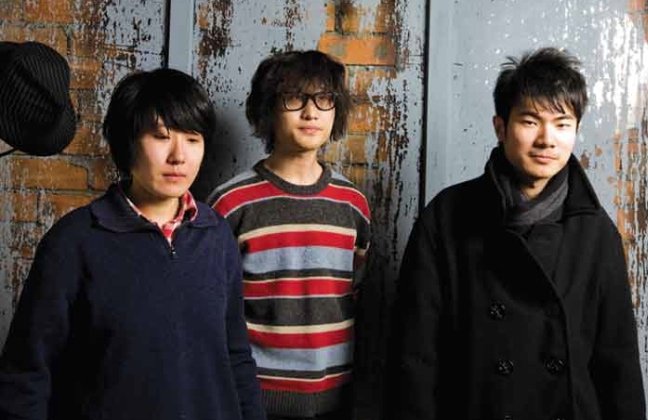 On home turf, Beijing’s beloved indie rock band Carsick Cars can probably sell out a massive venue weeks in advance. Here in Toronto, they play the back room of a College Street sushi restaurant speckled with flashing Christmas lights and grandmotherly lace curtains. But don’t think of these smaller shows of the trio’s first major North American tour as a downgrade – the intimate atmosphere is perfectly suited to Carsick Cars’ quick and dirty rock ditties.

Within the first two minutes of the hour-long set, a mini mosh pit erupted front and centre, foreshadowing the endearingly spirited ruckus that’d follow well into the night. The band is obviously inspired by Velvet Underground and Sonic Youth (they even got to open for the latter in 2007) but their jangly pop sensibilities are wholly their own. Frontman Zhang Shouwang’s distortion-fuelled guitar melodies carried each of the songs, while his wailing vocals added a playful punch that revved up the crowd every time he got close to the mic.

Honestly, it was tough to tell if Shouwang was singing in English or Mandarin – let alone determine what he was singing. But language wasn’t a barrier. By 1:15 am, the now shrunken audience had formed a massive circle, holding each other shoulder-to-shoulder, spinning deliriously as the band rocked on just a couple feet away.