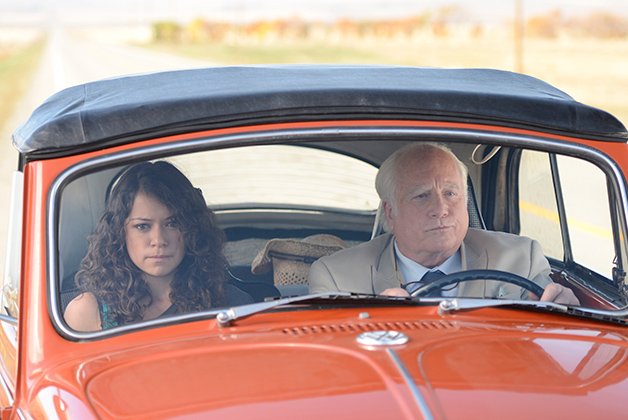 Cas & Dylan is an odd-couple road movie about a cranky old doctor (Richard Dreyfuss, well cast) and a free-spirited young woman (Orphan Black’s incredible Tatiana Maslany) driving west to bury a dog and escape the past. It’s slight, but it works well enough.

Making his feature directorial debut, the actor Jason Priestley – who’s been directing for the small screen since the 90s – encourages us to watch his actors goof around while slowly setting up higher emotional stakes.

As a result, the first half of Cas & Dylan may be silly and a little schematic, but the final act is sharp and moving, thanks to a surprisingly gutsy script and the actors’ unlikely chemistry. Damn if it doesn’t sneak up on you.