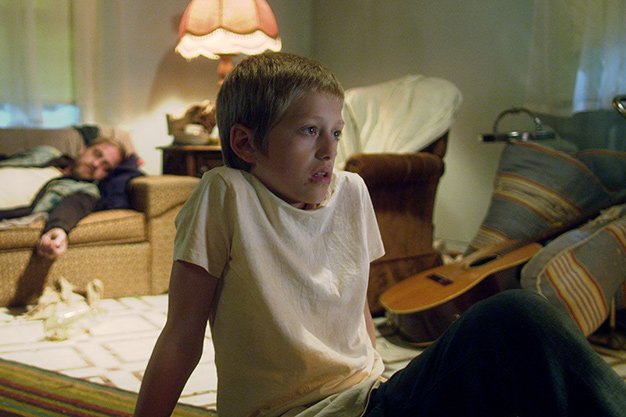 Percy Hynes-White (front) and Joel Thomas Hynes keep it in the family in modest Canadian pic.

Cast No Shadow was passed over for best picture, best adapted screenplay and two other prizes at last month’s Canadian Screen Awards, which was likely the first time most of Canada had heard of it.

Finally getting a commercial run, Christian Sparkes‘s debut feature is a bleak drama about a troubled kid named Jude (Percy Hynes-White) who’s struggling with an overactive imagination and an abusive, criminal father (Hynes-White’s real-life father, Joel Thomas Hynes, who also wrote the script) while coming of age in Newfoundland and Labrador.

Sparkes invests the proceedings with a strong sense of place and mood, hinting at Jude’s unstable psyche by giving us flashes of the trolls and witches he believes lurk in the woods around his home. And Hynes-White is compelling, a kid whose smallish stature and delicate features belie the rage he holds within.

But as the film enters the home stretch, Hynes’s script gets mired in a tangle of confrontations, abandoning all the careful character shading for a clumsy, almost incoherent climax.

It’s the work of someone who very badly wants to make a profound statement but doesn’t seem to know what he wants to say.