Lore creators find compassion for the children of an SS officer 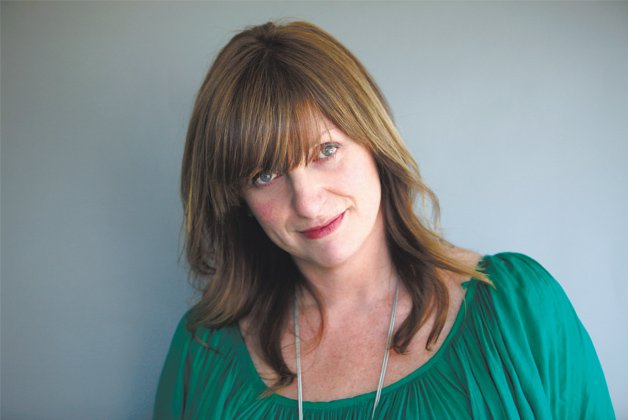 Director Cate Shortland says she knew taking on Lore about the children of an SS officer was a huge risk.

LORE directed by Cate Shortland, written by Shortland and Robin Mukherjee from the novel by Rachel Seiffert, with Saskia Rosendahl and Kai Malina. A Music Box Films release. 108 minutes. Subtitled. Opens Friday (May 31). For venues and times, see Movies, page 73.

“Massive hesitation” and “fear” are words Australian writer/director Cate Shortland uses to describe her approach to her new film, Lore – and with good reason.

In her adaptation of Rachel Seiffert’s story, Shortland takes a cautiously sympathetic approach to the main characters, heavily indoctrinated Nazi children who trek across Germany after the regime collapses.

The topic hits close to home for the director, whose German Jewish in-laws left Berlin in 1937. Her fascination with the subject helped her overcome her fears. She clung to the idea that “the closer you get to truth comes hope.”

“I studied fascism in uni,” Shortland recalls. “I was always interested in how the process of dehumanization worked and how these things could happen.”

Shortland and 19-year-old German actor Saskia Rosendahl, who plays Lore, are promoting the film at the Toronto Film Festival, where it’s making its North American debut. As difficult as it was to make a film with such troubling subject matter, talking about it seems just as complicated.

Shortland and Rosendahl have to consider my questions thoroughly, careful not to say anything that could be taken the wrong way. The last thing they need is to be labelled Nazi sympathizers.

Rosendahl’s title character is the eldest child who can’t quite let go of her upbringing and proudly announces her anti-Semitic beliefs whenever she gets the chance.

“In the beginning I definitely had difficulty,” says the petite Rosendahl, whose soft-spoken presence is a far cry from the tough-minded character she plays onscreen. “I felt like my body was struggling. I decided not to judge my character, her opinion and her way to grow up and think. If I had done that, I couldn’t embody her.”

Rosendahl’s parents were brought up in the GDR, leaving her with a profound understanding of totalitarianism. And she “interrogated Germany’s history” in school.

“I had a really good history teacher who let us look into family life,” Rosendahl recalls. “But I can’t remember that there was any sympathy. For me, it was the first time to try and understand a Nazi girl.”

Rosendahl also had to explore that girl’s physicality. The film ties Lore’s moral awakening to her sexual awakening when she meets Thomas, a young concentration camp survivor who helps the siblings on their journey. Shortland wanted to investigate Lore’s sexuality, since for her the Nazi regime was about repression, both ideological and physical.

“Lore was told [in] the German Girls League that her sexuality and womanhood is to be sacrificed for Germany,” Shortland explains. “The whole idea for girls was that you do what you’re told. Your sexuality is to be used to have children to populate the lands that we’re plundering with this new Aryan nation.

“She’s in this terrible fight. She has this instinctual desire for Thomas, but the indoctrination is telling her he’s disgusting,” says Shortland, describing Lore’s internal struggle in much the same way she explained her own trembling hesitation when approaching the film.

“I just felt that realistically, it was more interesting for me that everything about her is in conflict.”

Saskia Rosendahl on how ballet training helped her for the role:

Cate Shortland on her long absence from filmmaking:

Cate Shortland on why Lore is going to be difficult for some audiences:

Cate Shortland on deciding which story to adapt from Rachel Seiffert’s tryptych, The Dark Room:

Cate Shortland on Germany’s landscape as a character in the film: