Toronto two-piece scales down, stands up and lets loose 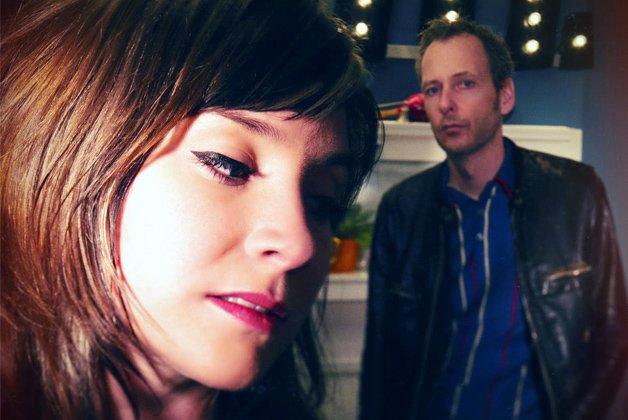 Watching Catl shake their asses onstage at the Dakota, it’s easy to forget they were once best known for sitting down while playing.

Now, not only has singer/guitarist Jamie Fleming ditched his chair, but the stage is getting crowded with a guest harmonica player and a pair of go-go dancers shaking maracas. Seems since last year’s hiatus, the Toronto blues-punk band has been reborn as something much more extroverted.

“Sitting down was a big part of Catl, but then Sarah [Kirkpatrick] got chained to the drums, so I thought I’d move around a bit and give the stage show more dynamics,” Fleming explains after the show. “People want to see people move.”

Judging from the dancing in the audience, Fleming is right. But this shift came out of a period of uncertainty for the duo, when drummer Andrew Moszynski quit – only a year after replacing founding member Johnny LaRue.

“In a very non-rock ‘n’ roll manner, Andrew actually gave us notice and told us in advance that he was leaving,” Kirkpatrick recalls. “At the time, we didn’t really know what we were going to do. We didn’t want to go through getting another drummer again, because you get so attached to them, and also because it’s so much work for us to teach them the songs.”

Kirkpatrick originally joined the band as a backup vocalist and organ player, bringing an upbeat garage vibe to Fleming’s minimalist blues grooves. Since they’d already obtained working visas to tour the U.S., the pair decided to see if they could pull off the material with Kirkpatrick on drums.

But instead of sitting down behind a full kit, she opted to remain standing (and dancing) while banging away on just a floor tom and snare.

They tested out the new format in the Deep South last spring, and the response was so good that they returned to Memphis in November to record their upcoming LP, This Shakin’ House.

Their first record without any covers, it also finds Kirkpatrick taking on more lead vocal duties than before, which perfectly balances out Fleming’s raspy hollering. It still sounds like the same Catl we know and love, but from a slightly shifted perspective – revealing just how much of a dance band they actually are.