NOW MagazineNewsCawthra Park may get a Hall new name

Cawthra Park may get a Hall new name 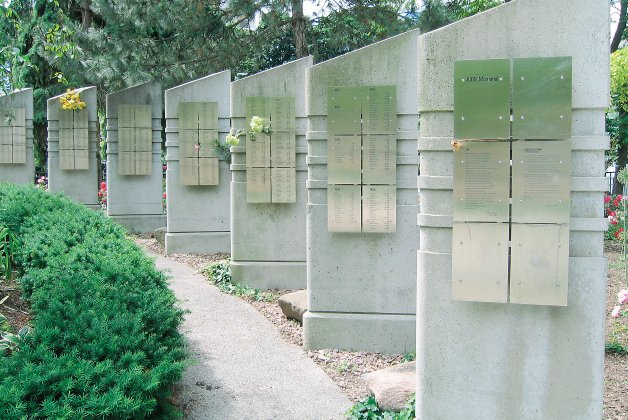 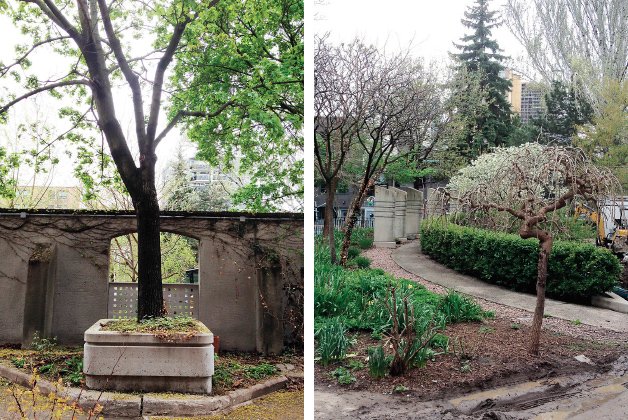 That Cawthra Square Park, site of the Toronto AIDS Memorial, be renamed after former mayor of Toronto and current head of the Ontario Human Rights Commission Barbara Hall.

Cawthra Square Park wraps around the 519 Church Street Community Centre half a block north of Wellesley, with Church on the west, Monteith on the north and a short residential street called Cawthra Square connecting it to Jarvis in the east.

Long a rallying point for Toronto’s queer communities, the park played host to Pride celebrations as far back as 1978. But by 2003, then-councillor Kyle Rae was calling it “the most dangerous park in the downtown” after dark on account of drug dealing and associated issues.

It’s currently undergoing a $1.4 million refurbishment thanks to Section 37 funds – cash negotiated from developers of nearby buildings in exchange for more height or density than would otherwise be allowed. These plans were protested last year by a small group of activists concerned that the beautification (involving a net loss of 10 trees) would serve to gentrify the park and further marginalize those who use it as shelter.

Whatever it’s called, the park will play host to the annual AIDS candlelight vigil on June 24 and again be transformed into the open-air Green Space nightclub from June 26 to 29 for WorldPride.

William Cawthra (1801-1880) was “reputedly Toronto’s richest man in the 1800s,” according to a family history compiled by Friends of the Cawthra Bush and Greater Mississauga Area.

“Toronto’s first [permanent] city hall (now the St. Lawrence Market) was mortgaged to him, and when the Jarvises lacked the funds to finish Jarvis Street, they turned to him for assistance.”

He was the son of Joseph Cawthra, a landowner and proprietor of a successful general retail business, who passed on his wealth to William when he died. But the younger Cawthra closed the business and concentrated on real estate instead. The Dictionary Of Canadian Biography surmises that the bulk of his income derived from the rents on the properties he owned in what’s now Toronto’s financial district.

The source also notes that Cawthra served as an alderman on Toronto’s first city council in 1834 and later as a school trustee, as well as a financial contributor to the construction of the Toronto General Hospital’s infectious-diseases wing.

Hall was the final mayor of the old city of Toronto and the second woman to hold the job.

A lawyer called to the Ontario bar in 1980, she had a private practice in Cabbagetown until she was elected in 1985 to represent the area on city council. According to a biographical sketch assembled by mayoral historian Mark Maloney [pdf], who supports the park renaming, Hall “forged a close relationship with the then emerging gay and lesbian community.” She worked with a group of criminal defence lawyers and the Right to Privacy Committee to defend those rounded up in the bathhouse raids of 1981.

While on council, Hall “led initiatives on homelessness, working with housing advocates for supportive and affordable housing, and housing for AIDS patients,” Maloney writes.

“It was also the time when the very first public health budgets for AIDS were being put forward. As an active member of the Board of Health, Barbara championed those efforts, and helped to confront fear and misunderstanding in the community head-on.”

She was elected mayor in 1994, and the following July became Toronto’s first chief magistrate to march in Pride.

In 1997, Hall ran to become the inaugural mayor of the amalgamated megacity but lost to North York mayor Mel Lastman. She came a distant third behind David Miller and John Tory on her second try in 2003.

Since 2005, Hall has been the chief commissioner of the Ontario Human Rights Commission, where her priorities have included the expansion of protections to trans individuals.

Living former mayors honoured with public spaces named after them

David Crombie Park, 131 the Esplanade (between Jarvis and Berkeley), received its name in 1978, just prior to Crombie’s depature from municipal office and before it had even been built.

Art Eggleton Park, 323 Harbord (west of Grace), had its named changed from Harbord Park in 2010 to honour T.O.’s longest-serving mayor, who had represented the area as an alderman.

June Rowlands Park, 220 Davisville (at Mount Pleasant), was renamed in tribute to Toronto’s first female mayor a decade after she retired from politics. Back when it was still Davisville Park, Rowlands lived just to its south and represented the area on council.

Mel Lastman Square, 5100 Yonge (at North York Civic Centre), was given its moniker in 1986. To the puzzlement of many, the naming initiative was spearheaded by Howard Moscoe, Lastman’s arch-nemesis on North York council.

NOTE (5/27/2014, 3:45 pm): This article originally quoted a passage from Mark Maloney’s biographical sketch of Barbara Hall that stated she “worked with a group of criminal defence lawyers to found the Right to Privacy Committee following the bathhouse raids in 1981.” Though Hall supported the committee after the 1981 raids, the group was actually founded two years earlier by activists in response to a 1978 raid, and Hall was not among its original members.