One in 100 men are born pedophilic. So rather than stigmatizing them, why not help before they hurt somebody? 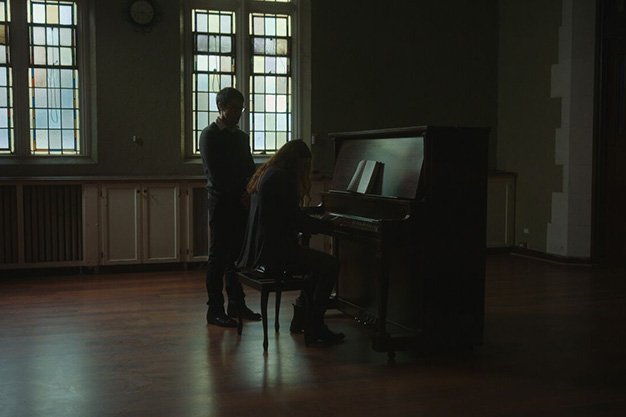 When he was a teenager growing up in a small town in the UK, a man called Edward confided in his girlfriend that even though he was getting older, he was still inexplicably attracted to kids. He had never actually acted on his urge, but her response was to immediately cut ties with him – but not before telling everyone in town about his problem. He assumed a new identity and fled, and that has been his lifestyle ever since: unstable, nomadic and in hiding.

It’s the way many pedophiles have to live their lives, according to I, Pedophile, a new doc airing on March 10 on CBC’s Firsthand. In it, Toronto director Matthew Campea highlights the few resources available to pedophiles, such as online support groups, and argues that rather than pushing them to the fringes of society, we should feel empathy toward their plight.

“Their lives just suck – even the premise of their lives sucks,” Campea says. “You were born romantically and sexually attracted to something you can never, ever, ever have. And if you tell anyone, we’ll never invite you anywhere, your social life will be over, your family will resent you – you’re probably the most demonized population on the planet. And that’s just not right, for something somebody has no control over.”

How does one not have control over whether or not they molest kids? For one, Campea says it’s important to distinguish between those who have hurt people and broken the law and pedophilic men – not all pedophiles actually molest anyone. And groundbreaking research from Dr. James Cantor at CAMH reveals that pedophilia is locatable in the brain. That means people are born with it, approximately one in 100 men, and we’re not offering much in the way of help to them – or the kids at risk as a result.

“Pedophiles suffer this completely debilitating demonization,” Campea says. “But someone could say, ‘Who cares? They’re pedophiles, they’re attracted to kids.’ And depending on how empathetic you are as a person, that may not be enough to actually win any sort of compassion from you. But you’re at least going to be compassionate towards children. And we’re pushing this entire population into a desperate scenario.”

It’s a difficult topic. But by weaving together frank interviews with some very brave pedophilic men, research and stories from Prevention Project Dunkelfeld, a progressive German centre for pedophiles, Campea succeeds in building a strong case for more access to services for pedophiles.

“Desperate people do desperate things,” he says. “So why keep them in this place of desperation? If not for them, then for kids.”

I, Pedophile Trailer from Cogent Benger on Vimeo.

I, Pedophile airs on March 10 on CBC’s Firsthand at 9 pm.