CBCs Someone Knows Something taps into Serial podcast success

In the first few minutes of Someone Knows Something, host David Ridgen talks about the appeal of revisiting cold cases.. 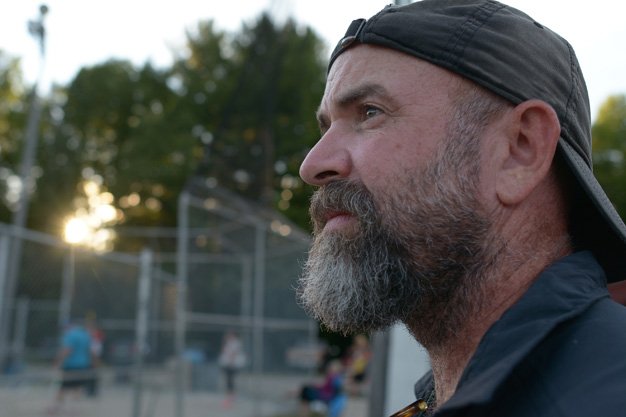 In the first few minutes of Someone Knows Something, host David Ridgen talks about the appeal of revisiting cold cases. We all think we can solve them its natural. We tend to impose order where theres none so that every puzzle has a solution. We try to resolve chaos, he says. We find not the truth but what we want to find.

The cold case Ridgen is referring to is the focus of CBCs new podcast, launching March 2. It involves a five-year-old boy, Adrien McNaughton, who disappeared without a trace from Arnprior, Ont., more than 40 years ago.

Ridgens meditation on human curiosity is interrupted now and again by interviews with the McNaughton family. By the end of the first episode, listeners are brought to the last place a fishing spot Adrien was seen.

Comparisons to NPR’s popular Serial podcast are inevitable. The ground-breaking podcast series, which debuted in 2014, investigated the decades-old murder of a Baltimore high school student. While Serial was certainly an influence for CBC producers, Ridgen a first-time podcaster and accomplished documentary filmmaker made it a point not to listen.

I dont like to imitate, even unconsciously, he says in a phone interview. I usually stay away from influence. But inevitably, you find the same roads and same paths, so Im sure there are some similarities between how were doing things.

Like its predecessor, Someone Knows Something will release one episode each week, and every season will deal with a different story. Episodes range from 15 to 40 minutes, and Ridgen says the length of each season depends on where a case goes.

Some episodes may not have some kind of cliff-hanger, and some episodes might have huge pieces of information that come down on them that overshadows almost all the other episodes, he adds.

The first season hits close to home for Ridgen, who grew up in Arnprior, a town of less than 10,000 people in the Ottawa Valley.

The case happened when I was young, he recalls. I remember it because I used to deliver newspapers in town for the Globe & Mail, and also because my mother used to work with Barb McNaughton, whos Adrians mom.

That neighbourly feel of small towns is why Someone Knows Something will focus exclusively on cold cases in rural areas. Theres more at stake in small towns because everyone knows everyone else. Youre sort of dealing with a large family, Ridgen says, adding that forthcoming seasons will feature towns across Canada.

While small-town living might feel unfamiliar to Canadians residing in larger cities, Ridgen says he hopes the series will engage urban dwellers in the same way Making A Murderer on Netflix captured a diverse viewership.

I think theres an excitement that people can find answers and they can put pieces of puzzle together, he says, We have a public service here and want to actually contribute to the case.

To that extent, a key component of the podcasts success is audience participation. Ridgen hopes that as Canadians listen to episodes, people with information will come forward. As the series title implies, someone knows something. The shows website and social media will enable listeners to share bits of information with producers.

I think people have always been interested in crime and I think the resurgence with Serial and Making A Murderer its all social media driven, Ridgen explains. Theres an excitement that the audience can actually participate. Its sort of a citizen sleuth rebirth.