NOW MagazineMusicCBC Toronto is searching for the city’s new anthem

CBC Toronto is searching for the city’s new anthem

The Song in the Six contest will award $10,000 to the winning song that reps T-dot the best 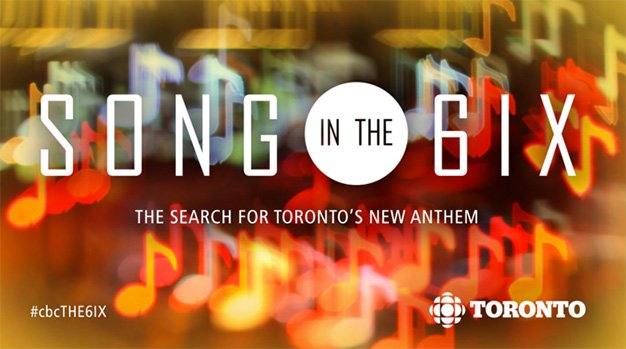 CBC Toronto is offering $10,000 and a CBC-produced music video in a contest challenging songwriters to write a city anthem.

“To enter, write an original song about Toronto,” reads the contest page. “Why do you love it? Why should other people visit? This is both an anthem and a love letter to Toronto. Be sure to include ‘The 6ix’ or ‘Song in the 6ix’ in your lyrics, with the option of making reference to CBC Toronto or any of our CBC Toronto hosts.”

Hm. So trying to figure out what rhymes with Errol Nazareth isn’t a bad idea.

The window for submissions begins January 18 and closes February 19.

But it’s worth noting that there have already been some efforts, with the most successful being by local hip-hop and pop artists: Kardinal Offishall’s 2011 The Anthem was a very literal tribute to Hogtown (when, really, BaKardi Slang is a far superior track and anthem, in my humble opinion):

And who didn’t love to make fun of Shawn Desman’s Get Ready (with the refrain “This is how we rock it in the T-dot”). But I’m not sure he’s still feeling the love –  the vid isn’t even on his YouTube channel. So here’s a terrible unsynched version:

There is also this:

One could argue that Drake, the Six God himself, has produced more than one: But 5am in Toronto is really just a track hyping Drake. And Know Yourself, with its “Runnin’ through the 6 with my woes” hook, is such a personal origin story – does it count?

What else is there? Let me know what I’m missing in the comments, and click here for more details about CBC Toronto’s Song in the Six contest.