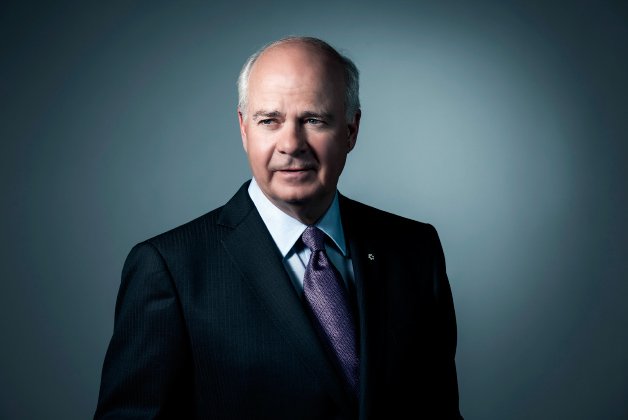 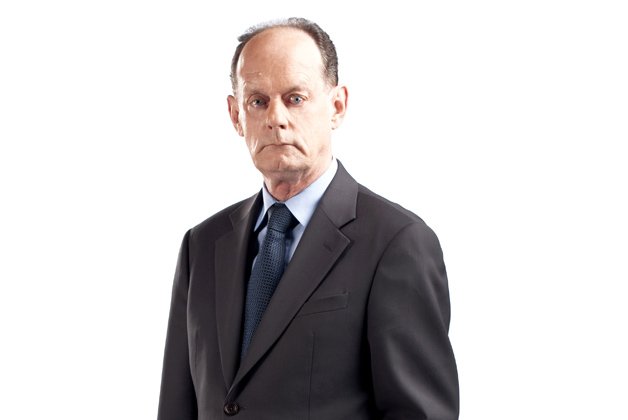 As Canada’s public broadcaster, the CBC prides itself on its fair and balanced reporting. Glitzy commercials featuring the network’s top news, television and radio personalities plug the CBC’s journalistic rep – most of which, it must be said, is well deserved.

But the fees that two of its most famous celebrity journalists accepted from Big Oil for speaking engagements have proved a slippery ethical proposition for the Mother Corp.

Recently, Rex Murphy, Peter Mansbridge and a host of other CBC journalists disclosed that they receive money for giving speeches.

CBC Radio’s The Current, in what looked like an attempt to get out in front of the controversy, organized a panel discussion on the issue on February 28. But nary a representative from the CBC spoke to the issue.

At the end of the show, The Current’s regular host, Anna Maria Tremonti (she wasn’t hosting Friday), stated in a pre-recorded message that she, too, has accepted payment for speaking at events.

When NOW contacted Jennifer McGuire, editor-in-chief at CBC, asking about the conflict of interest, she replied by email that the policy was under review. Then the CBC’s media spokesperson clarified that McGuire would be available to discuss the issue sometime in March.

In the speech that started it all to the Canadian Association of Petroleum Producers (CAPP) in November 2013, Murphy lambasted rocker Neil Young’s opposition to the Keystone XL pipeline. Slated to carry tar sands crude to the U.S., the project is currently under review by the Obama administration in the face of widespread opposition stateside.

“I wouldn’t take advice from Neil Young if he was talking about the Bare Naked Ladies,” Murphy joked.

Sarah Schmidt, editor of Press Progress, who first broke the story, says her organization first started “poking around” when he “went at Neil Young on The National. And we were all struck…. It was really vitriolic language.”

When Schmidt discovered that he speaks regularly at Big Oil events, “we wanted to make the point that as viewers they should know that he speaks at events sponsored by or organized by Big Oil and we think it’s a matter of disclosure.”

The official line from CBC is that Murphy is a commentator and freelancer for Radio One’s Cross Country Checkup (CCC) and therefore free to accept money for speeches about all things, including his support for the tar sands.

While Schmidt says she understands that CBC distinguishes between freelancers and staff, “as viewers we don’t delineate between Rex Murphy as a freelancer and someone else who’s not on staff.”

Is there a difference when we’re talking about the face of CBC News, Peter Mansbridge, who also accepted a large sum in 2012 to speak at an oil and gas industry event organized by CAPP?

The general consensus among experts in journalism ethics is that any journalist who accepts money puts him- or herself not only in a perceived but a direct conflict of interest.

Regardless of the content of Mansbridge’s speech in December 2012, he was at an event funded by an industry steeped in controversy over its environmental record, methods and international interests. It’s the compensation that’s the issue, argues Jeffrey Dvorkin, former managing editor at the CBC and National Public Radio vice-president and ombudsman, currently a professor of journalism at the University of Toronto.

Accepting money places the journalist “implicitly on [the payer’s] hook,” he says.

Even if journalists don’t think they’re being compromised, it’s clearly the intent of organizations that pay them to compromise them.

Dvorkin says he was offered $15K to speak at an event held by Raytheon, the world’s largest producer of guided missiles, a few years back. When he told the U.S. defence contractor that he would happily speak, but on his own dime, the invitation was revoked.

“There is a lot of temptation for journalists to be beholden to interest groups,” says Dvorkin. “Journalists have to beware that their reputation is on the line.”

Andrew Mitrovica, an investigative journalist formerly for the CBC and CTV’s W5, among others, who was one of the first to report on the Murphy conflict, puts it this way: “If you are a journalist and you describe yourself as a journalist, you cannot accept money to speak, whatever your altruistic motivation. Because if it’s altruism, you should be doing it for free.”

The altruism Mitrovica’s referring to is Mansbridge’s mention in a blog post last week that he occasionally donates the proceeds of his speeches.

Mansbridge defends himself in the post by stating that he carefully scrutinizes the appropriateness of events, speaks of his experiences but not his politics or opinions, and gives some of the proceeds – but not all – to charity.

At one point he attempts to distance himself from his speaking engagements by stating that around half are booked by the Lavin Agency Speaker’s Bureau.

It’s not clear how much Mansbridge was paid for his speech for CAPP in 2012. Agency CEO David Lavin would divulge no information, financial or otherwise, about his clients or his business.

What is most ironic about this entire issue, which is a bit of a no-brainer since the first rule of journalism is “Don’t cover people who pay you,” is that there is a clear precedent for dealing with conflict of interest at the CBC.

Mitrovica reminded panelists on February 28’s edition of The Current about Dale Goldhawk, a former CCC host. He was president of the Alliance of Canadian Cinema, Television and Radio Artists (ACTRA) while freelancing at the CBC in 1988, when free trade was a federal campaign issue. As a result of a column he wrote in ACTRA’s paper, Actra Scope, discussing the union’s stance on the North American Free Trade Agreement, senior management at the CBC presented Goldhawk with an ultimatum: resign as president of ACTRA or leave his job as host of CCC. He bowed out as president of ACTRA. Later, the issue landed in court, where the CBC was found not once, but twice guilty of unfair labour practices.

At the time, the CBC’s defence was that it was following its standards of transparency and impartiality.

So where are those high standards today?

The CBC’s Code Of Conduct states that all “CBC/Radio Canada employees shall serve the public interest by: never using their official roles to inappropriately obtain an advantage for themselves.”

Under the Conflict Of Interest And Ethics section, it states: “Employees must not use their positions to further their personal interests.”

The code, like that at the Globe and Mail and countless other reputable news organizations, clearly states that journalists are not to accept compensation or gifts for their work – dinner and possibly a beverage aside.

In an email, Sylvia Stead, the Globe and Mail’s public editor, writes that that paper’s code allows staff to receive payment for speeches. The major caveat is that “permission will generally be denied to any writer or editor routinely involved in coverage affecting the organization offering the payment.”

Mansbridge says in his blog that he regularly turns down some speech requests because they would be inappropriate, but if he considers CAPP fair game, what other engagements would he be willing to accept?

Romayne Smith-Fullerton, ethics editor at J-Source and a professor of journalism at the University of Western Ontario, feels Mansbridge showed a lapse of judgment by speaking to CAPP.

If journalism is about being a watchdog, then it’s definitely not about “rubbing shoulders with people for cash from the tar sands,” says Smith-Fullerton.

While Smith-Fullerton and Dvorkin say it’s important for public broadcasters to make themselves available to speak at some events, Smith-Fullerton says the photo of Mansbridge behind a lectern bearing the CAPP emblem is what people will remember, not what he talked about.

The CBC is in a unique position because its “public mission is to offer a range of diverse viewpoints and also to offer an opportunity for people to [get] the highest-quality news and public affairs programs right across the country,” says Smith-Fullerton.

Because some places in Canada cannot access a diversity of media, the “CBC has a particular onus to do the very best they can.”

After all, the ethics editor suggests, the sacred mission of journalism “is to provide citizens with the information they need to be free and self-governing in a democracy.”

Says Dvorkin, “The concept of what the CBC stands for has been seriously weakened.”