Celtic Soul is lovely but lightweight 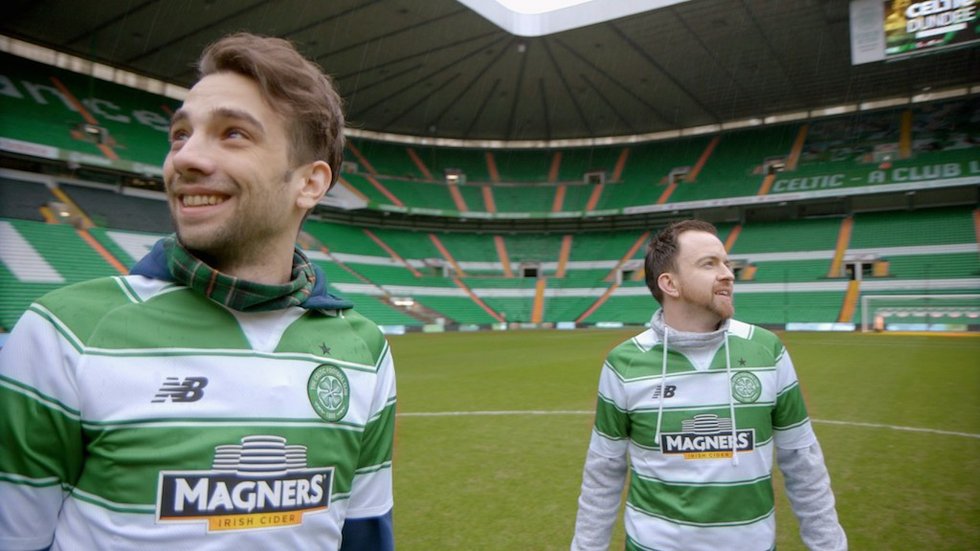 Riffing on the intimate two-men-in-a-car approach of The Trip and The Trip To Italy without the metafictional touches, Celtic Soul is a charming if lightweight venture – which, honestly, we kinda need right now.

Director Michael McNamara tags along with actor Jay Baruchel and sports journalist Eoin O’Callaghan – a Torontonian and a Montrealer who’ve bonded over their love of Glasgow’s Celtic Football Club – on a week-long jaunt to Ireland and Scotland to see Celtic play in Glasgow at the stadium fans call Paradise.

It’s all very pleasant, and McNamara makes the most of the sequences in which Baruchel explores his own Irish ancestry. It’s also just plain fun to watch Baruchel and O’Callaghan get so caught up in a match that they forget they’re being filmed and just explode with emotion.

Football will do that to you, I’m told.