Theatre Centre finally gets a permanent space in a former library 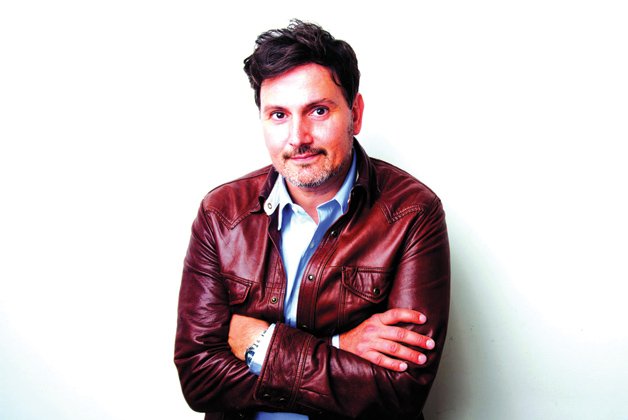 After 35 years, the Theatre Centre finally has its own home.

From its beginnings at Broadview and Danforth, followed by moves to spaces around town, the company has become a nationally important live arts hub and incubator of performance work. It opens its doors this week in a former Carnegie Library on Queen West, down the street from three spaces it once inhabited.

“It’s epic and surreal to be here,” says artistic and general director Franco Boni, who’s run the organization since 2003.

The centre opens not with a splashy, high-tech show but with journalist Alanna Mitchell’s Sea Sick, a solo piece about changes in the global ocean and why they matter to us all.

“I was blown away when I first heard Alanna speak on the topic, and I wondered if I could work with her on creating a play based on her book and talk. What developed is as much about her and her journey from a prairie childhood as it is about her insights into the acidification of the oceans and its effect on climate.

“It’s simple, direct storytelling, and it came into focus for me when Alanna said that science could only take us so far. That was the killer idea for me, that ideas like these need art to given them meaning.”

Boni, who directs Sea Sick with artistic-director-in-residence Ravi Jain, becomes warmly enthusiastic when he discusses things that move him.

“When you spend your life devoted to making theatre, you feel it in your gut when something’s right, that a piece like this is one you have to share with others. It gives meaning to our work, helping people synthesize ideas and share them with others. That’s why we’ve created a new home this is part of our role as artists.”

The new Theatre Centre is a community space filled with windows and light. Its glass lobby, facing a new park, is open to the public throughout the day, not just before performances. There’s a café run by Irwin Adam Eydelnant and Jarlath Byrne Rodgers (i&j ideations both are foodies in addition to their graduate work in biomedical engineering and molecular biology).

The fully accessible building includes a green roof, gallery space and two flexible performance areas, a small one at ground level and a main space one floor up that includes some of the building’s original architectural design.

“The Theatre Centre has been about research and development since the early 80s,” says Boni, who previously ran the Rhubarb Festival and SummerWorks and received the George Luscombe Award for mentorship in theatre. “Over the years it’s fostered work by Daniel MacIvor, Alisa Palmer, Tomson Highway, Daniel Brooks, Kelly Thornton and Darren O’Donnell. A decade ago we shifted the R&D program into residencies, which provide not just finances but also time in the theatre and interaction with other artists.”

Last year Boni invited Jain, whom he’s known for several years, to work with him as resident artistic director. The position rotates to a different artist after two years.

“Part of the Centre’s training program is to give a young artist the opportunity to program a venue. An artist who runs an itinerant company usually works on a project-to-project basis, but here Ravi, head of Why Not Theatre, can program an entire season.

“I asked him not to spend his time in administration or at board meetings, but to frame a question for audiences that would involve some actual scheduling of shows. Ravi’s question was about the role of a theatre venue in a community, a neighbourhood, and our productions look at that idea from various angles.”

Boni sums up his excitement about the company’s new home by looking both backward and forward.

“The Theatre Centre has been so many things over the past 35 years. One of the things I hope to see is its becoming a place where all sorts of ideas can be shared, discussed and debated. A theatre isn’t just a place where you see a show at 8 pm.

“It has to be more than that.”

Expanding the focus of artists and the theatre centre: