Knockout tasting menu is accessible in price but hard to book 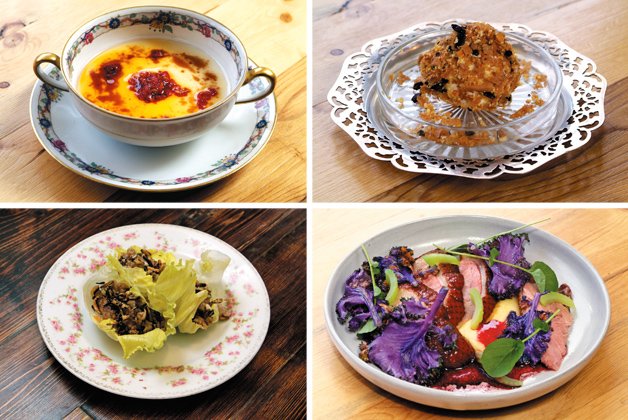 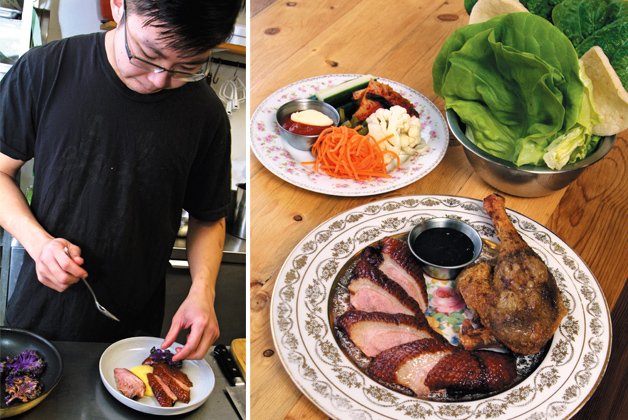 CHANTECLER (1320 Queen West, at Brock, 416-628-3586, restaurantchantecler.ca) Tasting menu only available Friday and Saturday nights at 6:30 and 9 pm, one table per seating. A la carte menu Monday and Wednesday 6 to 11 pm, Thursday and Friday 6 pm to midnight, Saturday and Sunday 6 pm to 1 am. Bar nightly till close. Closed Tuesday, some holidays. Licensed. Access: one step at door, washrooms in basement. Rating: NNNNN

Poon’s à la carte lineup caused such a buzz when the Parkdale resto opened last spring, he decided to ditch the whole thing and replace it round the clock with the insanely popular $21 ssam-style lettuce wrap meal deal that had previously only been available Sunday nights. The plan was that once that was up and running, he’d do what every chef dreams of: create a tasting menu.

But not your typical obscenely priced multi-course parade of plates served in some stuffy dining room. No, his would be accessible – ranging from $40 to $60 a head depending on the ingredients – and only available Friday and Saturday nights to just one table at 6:30 and another at 9 pm, whether for two people or 10. And you thought getting into Grand Electric was difficult! Started a month ago, the tasting’s already booked solid through April. May, by the time you read this.

Here’s a glass of sparkling ginger soda infused with mint and rosemary to complement antique Chinese bowls of silky tofu purée lashed with pungent red chilies and nutty Szechuan scallion oil. A simple intermezzo of briefly torched geoduck clam layered with ribbons of cool cucumber and tart ponzu jelly paired with cucumber spritzers could be the stars of the show.

As yet another order of popcorn chicken flashes by, we’re digging into an unusually creamy chowder of sweet buttermilk-poached BC shrimp dusted with chives and powdered algae. Poon likes its “complex lactic tang.” A second basket of rustic house-baked bread smeared with seaweed compound butter guarantees you savour every delicious drop.

A round of wild lime-leaf sodas prepares us for the next course – seven if you’re counting – of twice-smoked and honey-glazed duck breast over buttery polenta and decorative kale roasted in duck fat. A puff-pastry salvo of Gruyère gougères adds cheesy contrast. Scented with lemongrass and charred ginger, chef’s clear faux-pho tea starts off sweet but finishes savoury.

Heading into the home stretch, a wild honey and spiced pear punch sets us up perfectly for the one-two knockout of house-made vanilla ice cream – vanilla?! – in shaved almond pralines coupled with poached pears flash-fried in tempura batter and tossed with ice-shocked caramel. Sounds like an awful lot of work.

“That’s why we only do two tables a night,” says Poon. “We just want to keep it very special. Eventually, we might even do three tables!”