The makers of the Israeli political thriller Fauda hope so 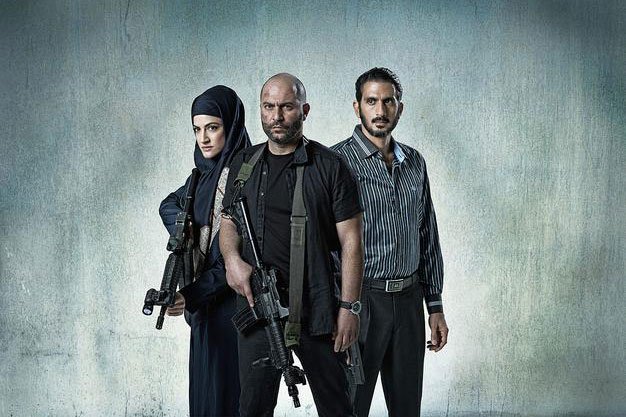 Fauda ("chaos" in Arabic) had its Canadian premiere recently at the Toronto Jewish Film Festival.

Fauda ("chaos" in Arabic) had its Canadian premiere recently at the Toronto Jewish Film Festival. 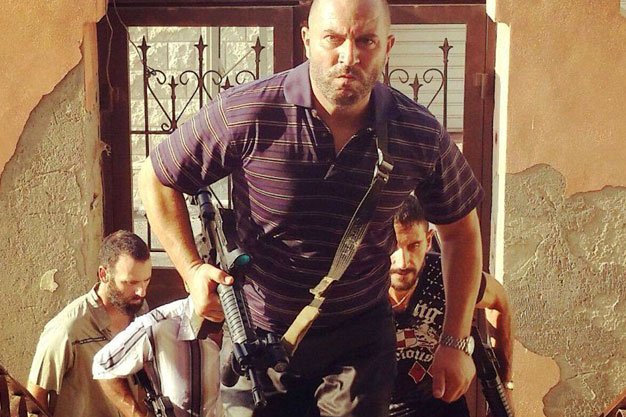 Analysts of protracted conflict often speak and write in terms of conflict “actors.” But what happens when the dramatic metaphor is brought to life onstage or on the screen? Can art and entertainment transform conflict settings?

In the world of television, Israelis have been mining the themes of conflict and identity to great effect.

First there was Prisoners Of War, which inspired the American series Homeland, and now there’s Fauda (“chaos” in Arabic), a fast-paced political drama reminiscent of The Wire about a counterterrorism unit. It recently had its Canadian premiere in three parts at the Toronto Jewish Film Festival.

In Fauda, the Israel Defense Forces operate special undercover units of soldiers disguised as Palestinians who blend into the Arab community to carry out anti-terrorism operations.

There’s no doubt it stands on its own as excellent television. But co-creators Avi Issacharoff and Lior Raz, who also plays the Israeli lead in the drama, have political hopes for the series. Issacharoff says they want Israelis to understand that “they can send their best men to fight in an endless war… and will probably win – we’re stronger, we’re bigger. But there’s a very heavy price.” It’s not only “the number of dead you can count on both sides. It’s the scars that are left on the heart of the people that are part of this war.”

Good art portrays characters in all their dimensions. Moving back and forth between the Israeli and Palestinian perspectives, as Fauda does, helps achieve this. That, too, says Issacharoff, is part of the politics of the project.

But while much of the show portrays a cat-and-mouse chase between Israeli and Hamas operatives, Issacharoff – who has another professional role as a journalist covering the Middle East – is nevertheless definitive about whether Hamas is a suitable partner for peace negotiations with Israel. “No, totally no.”

On its Arabic-language website, Hamas members wrote a column decrying the show as Israeli propaganda while still including a YouTube link to the first episode.

Gazans have watched the show, as did folks in the West Bank, along with some “East Jerusalem officials,” Issacharoff says. In the fictionalized world of Fauda, one of those officials could have been the character Abu Maher. Played by Qader Harini, a Palestinian actor from East Jerusalem, Abu Maher is an Oslo-era functionary who, in his capacity as a PA official, cooperates with the Israelis in attempting to thwart Hamas.

Harini admires the balanced view that Fauda takes, though he ultimately despairs of the West Bank political situation. He cites the fact that the IDF can penetrate Palestinian cities like Ramallah at will. It’s a “balagan,” he says, using the Hebrew word for chaos, “a complete balagan.”

When he’s not on the set of Fauda, Harini is busy with Y Theater Project, an Israeli-Palestinian venture he founded in Jerusalem to “show the world we can live together.”

I recently met up with some members of the Y Theater troupe in Ottawa, on their Canada-U.S. tour performing their play Take Away.

What struck me most as we sat around the teen lounge at the Soloway Jewish Community Centre was their admission that they rarely talk about politics. “Only in the dressing room,” one of the troupe says.

I nudged them toward exploring some of the core issues in the Israeli-Palestinian conflict. What I didn’t expect was the political variation in their views, even within each “side.”

While they all professed to support coexistence and most openly identified with Israel’s left wing, one Jewish member admitted she likes the right-wing Jewish Home Party’s commitment to “keeping Israel a Jewish State.”

One Palestinian member who is a citizen of Israel described the disgust she feels when an IDF soldier’s gun happens to brush her leg on a crowded train. Another Jewish member of the troupe, fighting back tears, said that when she sees a soldier she feels great loyalty, at the same time hoping that one day peace will prevail and her kids won’t have to serve in the army.

As a resident of East Jerusalem, Harini is aware that if a two-state solution ever comes to pass, with Jerusalem as a divided capital, he may very well find himself living in a different country from the rest of the members of his troupe.

And while he doesn’t think it will actually happen – Israel is stubborn and the Palestinians are powerless, he says – he’s prepared for it. “There are other ways to connect. We’ll be good neighbours.”

Cynthia Ashperger, director of the acting program at Ryerson Theatre School, was born in Zagreb, Croatia, and immigrated to Canada in 1995, having survived the war in Yugoslavia. She participated in one of the plays in Peggy Shannon’s Women And War series, Judith Thompson’s Elektra In Bosnia. As Ashperger told me, she was touched that Ryerson’s acting students “got to know this part of my identity and history” – that they “got to live” the Yugoslavia conflict “up on the stage.”

A year later, in Jordan Tannahill’s Feral Child, Ashperger played an immigrant escaping war, a performance for which she landed a 2013 Dora Award nomination. “The fact that a young Canadian author wrote a play on the topic of civil war with such profound compassion was extremely healing to me,” she says.

Of course, not all political theatre is so harmonious. As co-director of community engagement and programs at Mosaic Theater in Washington, DC, Stephen Stern sees how conflict themes onstage sometimes bleed into the dynamics of donor relations.

At DC Jewish Community Center’s Theater J, Stern collaborated with artistic director Ari Roth on Motti Lerner’s play The Admission, which was downgraded to a workshop after an especially explosive flash of controversy. The play examines the intertwined lives of an Israeli and Palestinian family as they attempt to come to terms with the circumstances surrounding the fate of a Palestinian village destroyed in 1948. “We hit a raw nerve,” Stern recalls.

Stern believes theatre can be politically transformative, just as he’s aware of its limits. As the curtain goes down and the lights go up, the audience is faced with a choice. In plays about “a pressing social issue that has proven to be unresolvable,” Stern says, “there is an act of witness, followed by a question: do I simply walk away or have I been given a way to more deeply engage with these issues?”