Charles Roach: Homage to a warrior 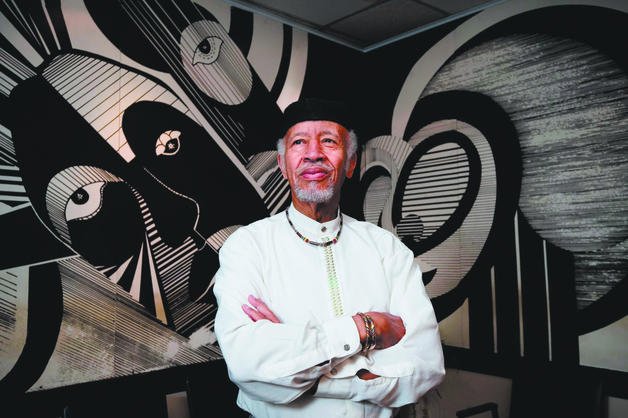 WHERE U of T’s Medical Sciences Auditorium, 1 King’s College Circle

Charles Roach remains his usual wonderfully optimistic self despite the fact that he’s recently been diagnosed with a malignant brain tumour.

For 50 years, the human rights lawyer, activist, artist, musician and Caribana founder has campaigned to make Toronto a more equitable place. Now, Roach is being recognized for having inspired several generations of activists, and helping to alter the city’s political culture. On Sunday, his many supporters and friends will honour him by recalling his many accomplishments and enjoying performances by entertainers he has influenced.

They will, in particular, express appreciation for his long-standing efforts to win civilian control of policing following the shootings of Buddy Evans in 1978 and Albert Johnson in 1979. Roach is currently representing the family of Michael Eligon Jr., shot in February of this year.

One of the movement’s key achievements was the creation of the Special Investigations Unit, the civilian agency mandated to look into killings and serious injuries caused by police. Over the decades, BADC has continually pushed the SIU to do more substantial investigations.

Roach has always pursued human rights on two fronts simultaneously: in the courts and through political organizing. This was certainly an inspiration for me, the senior author of this article, to try to emulate him. I was a math professor, activist and paralegal doing movement defence when, in middle age, I wondered if I should go to law school. Charlie, unlike all my other friends, enthusiastically encouraged me to do it.

One of his spectacular victories was the case of the seven Jamaican mothers who won permanent residency with the help of his activist-legal campaign, which challenged the situation of domestic workers who had been in Canada for many years without hope of landed status.

His contributions to the fight against apartheid in South Africa included founding the Freedom Ride Against Apartheid (with Lennox Farrell), and the controversial 1986 case in which he argued that the South African ambassador to Canada was complicit in crimes against humanity and therefore shouldn’t be permitted to give a lecture at U of T.

One of his most persistent projects is the abolition of the oath of allegiance to the Queen as a condition of citizenship. The monarchy, he believes, is a symbol of colonialism, an insult to both his African and Irish roots, and contravenes his belief in equality.

Roach’s refusal to swear allegiance to the Queen has cost him. He was, for example, offered an appointment as a provincial court judge, but since that required the oath, he could not accept it. Because the oath is integral to the citizenship ceremony, he has never become a Canadian, though he moved here from his native Trinidad in 1955. He lost an oath-to-the-Queen case in federal court in the 90s, and the appeal as well, but more recently he initiated a similar case in Ontario’s Superior Court of Justice and, just last month, won the right to continue that case.

When the media asked him recently how he maintains his activism in the face of failing health, he replied, “The struggle is the important thing. Not how it ends. It’s not whether I win or lose, but did I fight and do all I can?”

Please join us to show our appreciation to this amazing man.