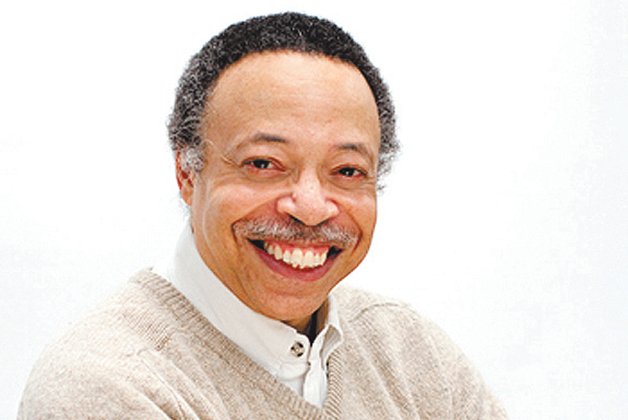 I’ve been chasing George Elliott Clarke ever since I was a first-year student at York University trying to make sense of my life and identity as a Black Canadian through books and the stories contained within them.

Clarke’s work kept surfacing in those days. People would tell me to consult his poems, as though they were some kind of elixir that cured the restlessness and doubt that ailed those of us itching to feel a sense of belonging in this country.

I started with Whylah Falls, a poem that won Clarke early praise and launched his identity as, what he calls, an “Africadian” writer.

I discovered these lines:

There’s a killer chucklin’ to himself

I was and remain mesmerized by this book, not only because of its haunting language but because it was the first time I had encountered so stark an account of Black love, life and death within contemporary Canadian literature.

In the telling of the stories of the fictionalized Whylah Falls community, Clarke showed that Black people have been inextricably part of the Canadian story for centuries, that our lives are and have been deeply enmeshed with the collective project that is Canada. And it pained me to realize it had taken so long for me to know that.

From this important literary discovery I went about revising the Canadian story in my own mind. I plumbed and devoured a hidden history, one that featured Mathieu da Costa, Mary Ann Shad, Thorton and Lucie Blackburn and many other Black people who had lived extraordinary and very Canadian lives. Clarke was the impetus behind this life-long personal search to find and explore Black-ness within our so-called mosaic. He became an antidote to the sometimes vacuous multicultural rhetoric that had been drummed into my head since I was a child, and left me feeling empty.

And so began a multi-decade effort to search-out the man whose work had helped me in this profound way. I’ve wanted to thank him directly for his great contribution to elevating Black narratives, and for helping to ease that anxious relationship that Black people have had with this land. But I’ve not been fortunate enough to ever be in the same room as the famously-busy poet laureate—until now.

Clarke will deliver the keynote address at the Tommy Douglas Institute’s annual conference on social justice issues Thursday, May 19, (georgebrown.ca/TommyDouglasInstitute) where he’ll join poet/author Lee Maracle and filmmaker Ali Kazimi in a day focused on the power of storytelling.

And I, without any doubt, will be one of the first people to shake his hand.