Where the pros eat 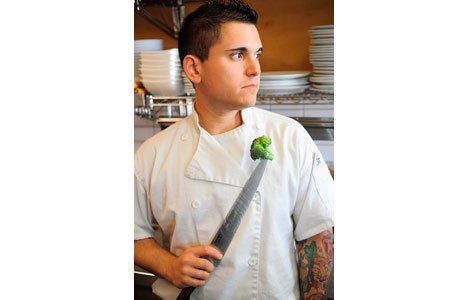 “Although I don’t eat cheese – I’ve been a level-10 vegan for nearly seven years – I love Libretto’s authentic wood-fired Neapolitan pizza. They offer an alternative spelt crust, add a generous amount of fresh arugula and drizzle it with house-made chili oil to die for.”

“When you think traditional Italian cuisine, you don’t automatically think vegan. But they make a kale salad that could rival any raw food restaurant’s. To say I’m picky when it comes to greens is an understatement.”

“It’s a new raw food spot that opened in Leslievile last fall. Carol, the owner, has dedicated her life to helping people cleanse their highly acidic diets by teaching them about the power of fruits and vegetables in their purest form. And I don’t have to worry about consuming produce from China.”

Gone but not forgotten

“It was one of the few places in the city where I could get a crusted tempeh cutlet with a healthy carb and lots of veggies. Chef Jared Davis grew his own kale in the backyard and only used quality ingredients. He’s now a private chef for a high-profile vegan client, but I hope he comes back soon.”