CHIAMAKA UMEH: Actor in Next Stage's All Our Yesterdays I. 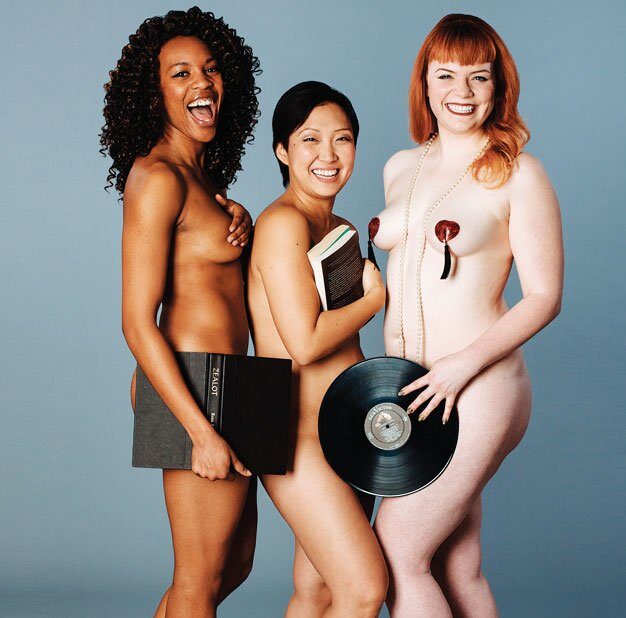 CHIAMAKA UMEH: Actor in Next Stage’s All Our Yesterdays

I feel a little trapped in my body. Being a female of African descent, born and raised in Nigeria, I sometimes feel like I’m from outer space here.

There’s a lot of discussion on this continent, especially in America, about race, about black and white people. But I don’t like those terms. I think the colours we use to describe ourselves allow us to perpetuate that division.

Sometimes I really wish I were a man. It goes back to being raised in a Christian household. I went to church and learned about the beginning, the creation of humans… man was created first, and woman was created from man. There’s always the notion of women being inferior to men. Then woman commits the first sin and lures man to follow suit. I internalized this at a very early age. Men are revered, and manhood is valuable.

Sometimes I wish that womanhood were something I could just do away with and that people would see me in a different light. Like, maybe if I were a man I wouldn’t have felt so pressured to tell my mom about this shoot. I feel very liberated as a person, but I’ve always felt I’ve had to hide that side of myself.

I have a Christian mother, and we talked about this shoot. A lot of her feelings related to the Bible. She talked about the Creation story and God providing a covering for Adam and Eve when they disobeyed his instructions and became aware of their nakedness. My mom’s interpretation was that by posing nude, it’s like saying to God, “No thanks, I don’t need your covering.”

I was raised to fear the world and non-believers. In my teens, I started to educate myself, and now I don’t believe humans are supposed to be isolated from one another. In theatre school, I started to unlearn the behaviours that inhibit our natural instinct to connect. This shoot helped me face the fear that was instilled in me about freeing myself from inhibition.

I wouldn’t have done this four years ago, but now I’m not working from a state of fear of things that are supposed to be kept in the shadows. Those things are there so the light can shine through them. They’re not supposed to be ignored you need to rise to the challenge of accepting those qualities rather than pretending they don’t exist.

I have not been happy with my body lately, although I’ve been trying harder to accept it. I had a baby about three years ago, so I’ve been through some massive changes, and it’s been hard. I’ve swung from my most beautiful to my least beautiful and everywhere in between. My body has settled into a place where it’s the heaviest I’ve probably ever been in my life, and it caused me a lot of grief this summer.

But, as my daughter is getting older, I realize this feeling is not something I want to pass on to her. There’s nothing wrong with my body it’s just not the image I have in my head of what it should be. Now I’m hyper-aware every time I say something about my body, because it’s something she could hear and I would never want her to think about her body the way I think about my own. Which makes me think, “Why do I think this way about my body?”

Recently I said to her, “I love your cute little belly.” And then she touched my belly and said, “I love your belly, too, Mom!” I almost died. She loves it the way it is she doesn’t know anything different. I figure I should probably learn to love it the way she does.

REBECCA PERRY: playwright and actor in Next Stage’s From Judy To Bette: The Stars Of Old Hollywood

When I was little, I was the really skinny kid who was waiting for boobs when everyone else had them. So it’s kind of funny now, because I identify with very curvy women.

When I got into theatre, I realized that all body types are attractive and everybody has a part to play. That’s part of why I like being in the arts so much. I beg to differ with what Hollywood is telling us. I think there’s a place for everybody, and people want to relate to other people. When I was in Grade 12, a teacher told me that if I wanted to go to theatre school I should probably lose some weight, and I told her to stick it where the sun don’t shine. I got in trouble, but I got into the theatre school I wanted, so I obviously did something right.

When I graduated from theatre school, it was tough because I was young but didn’t look like the stereotypical ingenue. At first I really had to fight for the roles I wanted because at first glance people weren’t necessarily willing to give me a chance. I had to win them over in other ways, such as through talent. Unfortunately, in this business it’s half about what you look like and half about what you can do. They both have to coincide at the right time and right place or else someone might not think you’re right for a job.

That’s part of why I started creating so much of my own work and found a lot of happiness doing that. I’m always trying to portray women who are good role models and unapologetic about who they are. For example, From Judy To Bette is about four classic stars who very much had to advocate for themselves because they didn’t look like the stereotypical ingenue.