NOW MagazineMusicFeaturesCanada’s problem with marketing an artist like Chloe Charles

Canada’s problem with marketing an artist like Chloe Charles 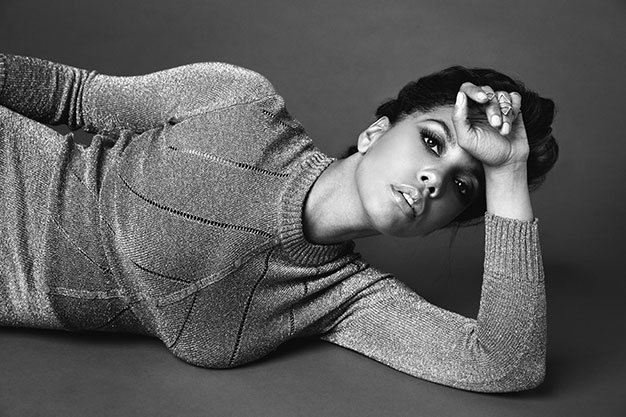 You may have heard of Chloe Charles, the singer/songwriter behind recently released With Blindfolds On, a self-produced, soul-baring record that combines R&B, soul, jazz and folk with an orchestral pop vibe.

You may have seen her name in Rolling Stone or registered in passing that she was the winner of the 2012 Harbourfront Centre SoundClash Music Award.

Or you may not have.

Because even though the musician has toured the hell out of Europe, playing concert halls and major festivals, things come slower in Canada, where this second album came out independently through Foreseen Entertainment thanks in part to crowdfunding.

“You hear over and over again that musicians are forced to go outside of Canada, and I think it has something to do with our history and culture,” Charles says over the phone. “In Europe, you’ve got this history of appreciating the arts. It’s way more ingrained.

“Here, it’s more of a learned thing. [The focus is more on] pop and modern stuff. Europe has much stronger classical and jazz worlds.”

Charles says incorporating jazz and classical sounds into popular music – which she does, often – isn’t questioned across the pond. And it doesn’t come down to Europeans’ predilection for mature sounds. Charles notes that Canadians sometimes lack confidence in their own tastemaking skills.

“It’s like people don’t trust their opinions until someone else has said it’s good,” she says.

North America also has a hard time marketing her. She’s genre-less, sure. And being biracial, she says, has further confused the matter.

“People assume I’m going to produce a very specific type of music, and those perceptions get in the way of their taste sometimes. The industry, the business people – they’re always wanting to put you in a box, and it’s a bit difficult to market me because I look like I sing R&B.”

Working in Europe comes naturally to Charles. Though she was raised “in a forest” in Uxbridge, Ontario, as an adult she lived for years in Berlin. Her father also lived in Europe for much of her life he owned a celebrity-frequented nightclub, ran with Mick Jagger’s crowd and married Cynthia Lennon, first wife of John.

Charles and her father’s imperfect relationship is captured in the “totally literal” opening track, Black & White, a beautifully sad song that cuts even deeper when you know the lyrics say all the things Charles didn’t get to before he died in 2013.

She isn’t chasing fame and the spotlight the way her father did. But she’s markedly excited to have finally released With Blindfolds On in Canada (it’s out overseas) and to be performing in Toronto, which she now calls home and considers her favourite city.

Plus, she feels Canadians are becoming more open-minded.

“In the past five years, it seems like more and more music is pushing boundaries and becoming less genre-specific. It’s becoming more normal in North America to be a little bit different or not quite fit into a box. I’m hoping that works in my favour.”