NOW MagazineNewsChow bites back on Newstalk 1010

Chow bites back on Newstalk 1010 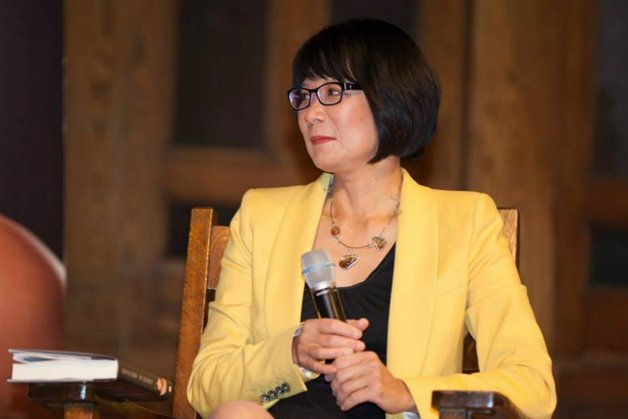 Hours before her official campaign launch, mayoral hopeful Olivia Chow is fending off accusations she would hike taxes if elected, telling Newstalk 1010 Thursday she only supports increases that are in line with inflation

Moore started the interview asking, “Who the hell do you think you are to run for mayor of Toronto?”

Chow answered, “Well good morning to you, too,” before touting her political experience.

“I have a proven track record. I have the experience. I love this city so I’m coming home,” she said.

Her opponents are already warning she would increase taxes and usher in an era of profligate spending at City Hall. Moore asked how she would create jobs, improve transit and accomplish her plans given her opponents feel she will “spend every last dollar she finds.”

“I will have the strength to say no to unreasonable demands, but yes to smart investments,” she told host John Moore.

As proof of her fiscal credentials Chow, who was a city councillor for 14 years before she was elected as a member of parliament for the federal NDP in 2006, touted her record serving on the budget committee of right-leaning mayor Mel Lastman. She boasted that she helped pass five straight balanced budgets, although by law all city budgets must be balanced.

Chow also came out in favour of a Scarborough LRT line opposing the subway council approved last year. She said the 30-year, 1.6-per-cent tax increase slated to pay the city’s portion of the subway project is too burdensome.

“I think it’s important that we have and respect folks in Scarborough. We should do the aboveground rail,” she said. “You’re talking about 30 years of tax increase, property tax increase. Whereas the above-ground [LRT] is four years faster, four more stops, just as many people.”

If the five major candidates, David Soknacki is the only other challenger to support the LRT. John Tory, Karen Stintz, and incumbent Mayor Rob Ford all back the subway.

Moore also asked Chow to address an accusation that has dogged her for decades: that she and her late husband, the former federal NDP leader Jack Layton, lived in subsidized housing in the 1980s while drawing lucrative public salaries. The Stintz campaign raised the issue on Wednesday, calling Chow a “double dipper,” but Chow told Moore the allegation was “dead wrong.”

“It’s a co-op, right? It’s mixed income. I paid market rent,” she said. “Jack and I didn’t get one penny of subsidy.”

In response to the suggestion her and Jack living in subsidized housing took a spot away from someone in need, she clarified co-operative housing is mixed income housing and there was no subsidy on her and her late husband’s rental.

Chow, who resigned as MP for Trinity-Spadina on Wednesday, will formally kick off her mayoral bid at 11 a.m. Thursday at the St. Simon-the-Apostle church in the St. Jamestown neighbourhood. She registered for the mayor’s race on Wednesday, and enters the campaign as the only left-wing politician in a field of right and centre-right contenders.

A video from her campaign published online Wednesday is available here: http://bit.ly/1hfurZR