A crowd gathered on Dec. 24, still asking why Peel Regional Police shot and killed a young, black man in September 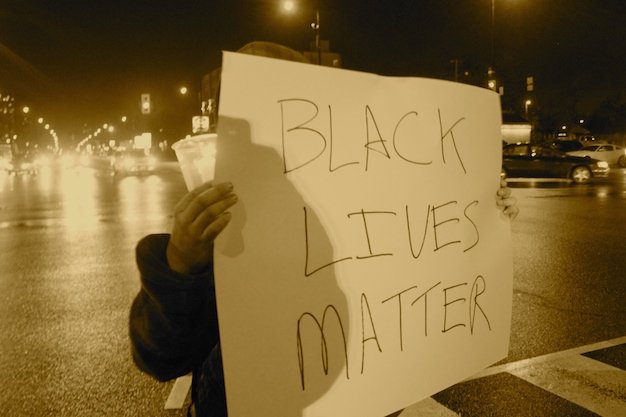 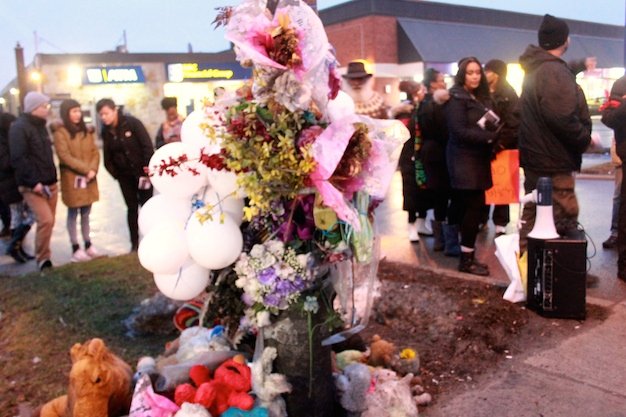 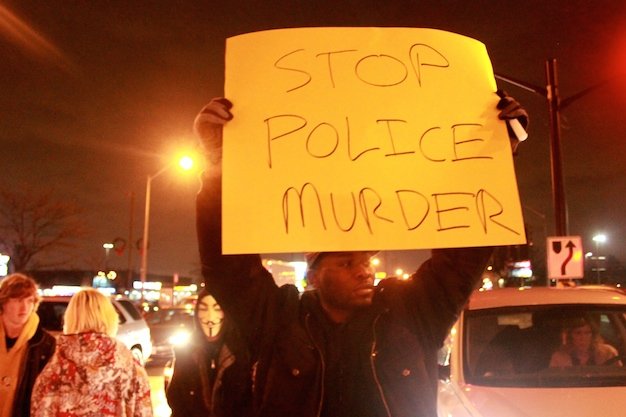 On Christmas Eve, a group gathered on Queen Street in Brampton on the three-month anniversary of the shooting death of Jermaine Carby. Jermaine was shot and killed by Peel Regional Police on September 24th, 2014.

Justice for Jermaine Carby held a vigil to mark his death. La Tanya Grant, Jermaine’s cousin and lead person of the Justice for Jermaine Carby group, explains that there are still a lot of unanswered questions pertaining to her cousin’s case by the Special Investigations Unit. She says she still doesn’t know why was her cousin was pulled over, where the knife is that he was supposed to have and what happened to the driver he was with.

The Justice for Jermaine Carby campaign wants those questions answered.

The group walked towards the intersection of Kennedy and Queen. They crossed the street and stood holding up signs that say “Black Lives Matter,” while holding lit candles up for Jermaine. La Tanya informed local traffic of the details of her cousin’s death while demanding Justice for Jermaine. The group stopped traffic at the intersection for about an hour.

Justice for Jermaine Carby says that this is just the beginning and promise to continue to pressure for answers into his death. A petition and a list of demands will be sent to both SIU director Tony Loparc and Madeleine Meilleur, the Attorney General of Ontario.

To learn more about Justice for Jermaine, click here.

Malinda Francis is a filmmaker and has been documenting the grassroots demonstrations for many years. Follow her blog here or follow @docuvixen.