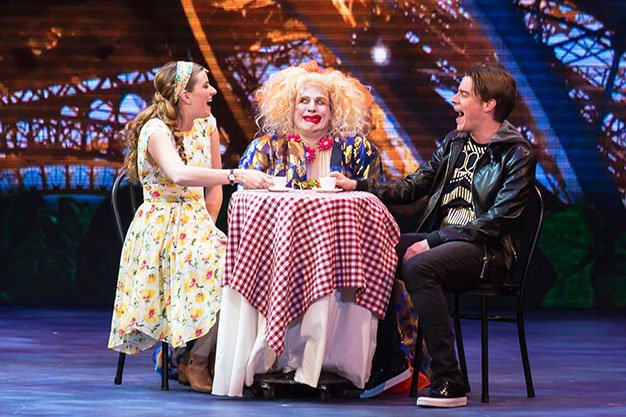 For a movie that has no reason to exist, Disney’s Cinderella is pleasant enough.

Billed as being “based on Disney’s Cinderella properties and the fairy tale written by Charles Perrault,” Kenneth Branagh‘s lush new film is simply a live-action remake of the studio’s 1950 animated classic, following those story beats faithfully, though without the musical numbers.

As a result, the new picture spends a good third of its running time struggling with the fact that the tale of Cinderella is a little low on plot. But rather than push for more spectacle, Branagh and screenwriter Chris Weitz (About A Boy, A Better Life) have decided to expand upon the characters.

They not only flesh out the one-sided relationship between poor Ella (Downton Abbey’s Lily James) and her deeply unpleasant stepmother (Cate Blanchett, camping up the cruelty), but give that handsome prince (Game Of Thrones’ Richard Madden) more personality than he had in the original telling.

Branagh is also savvy enough to fill every supporting role with charming, capable actors – Derek Jacobi, Helena Bonham Carter, Stellan Skarsgård, Nonso Anozie, Rob Brydon – to keep us from noticing how little is actually happening in a given scene. The digital effects are appropriately clever, honouring the ‘toon version without leaning on it too heavily.