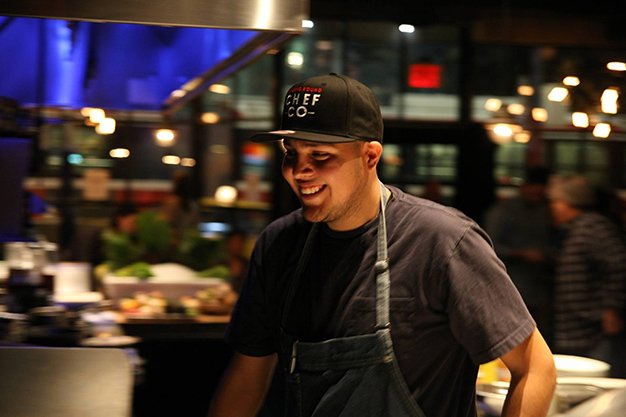 “It wasn’t the right concept for the neighbourhood – the upscale trattoria (concept) didn’t really work out for them,” says Guillermo Herbertson, who until recently was heading up the kitchen at Barsa Taberna. ICON decided to put their stake in the neighbourhood on Herbertson’s shoulders instead, tapping the chef to create a new Mexican-inspired restaurant concept set to open in April 2016.

Though a name hasn’t been chosen, Herbertson says the spot will focus largely on inexpensive snack and finger foods: “It’s going to be based off Mexican and Tex-Mex with a twist of Canadian produce and ingredients.”

Herbertson is expecting to roll out a menu of antonjitos, including pozole, pambazos (a sandwich soaked in red pepper sauce), and ceviches, with menu prices set to top out at around $12. Mexican beers, tequilas and mezcals will round out the drink menu, which Herbertson hopes will appeal to a young CityPlace crowd eager for a casual spot to hang out.

“I look at Citta, and then I look at Hunter’s Landing, and Hunter’s Landing has always been busier,” said Herbertson, who feels the locals are more willing to spend their dough on drinks, rather than splashing out on meals. “I think that neighbourhood, for now, in the next five or six years, is looking for a restaurant like that.”

As for Barsa Taberna, they’re gearing up for yet another new menu launch this month – this one featuring dishes created by chef Chris MacDonald.