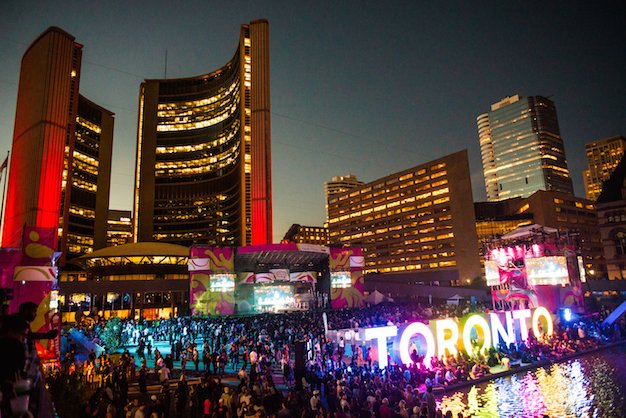 The strategy is the first real indication of the TMAC’s priorities since the group formed three years ago with the aim of turning Toronto into a “music city.”

The plan received input from the group’s 36 members – who include concert promoters, record labels, booking agents, tourism officials and city councillors – as well as members of the public through an online consultation.

One key element is the emphasis on affordable housing, which falls under the first of the six goals outlined in the plan.

The strategy makes the link between access to affordable housing and a strong music sector, acknowledging the greater ecosystem that the city’s music scene belongs to. TMAC suggests the city needs to mitigate the loss of artistic talent to neighbouring cities where the cost of living is lower, a problem it firmly places on gentrification and rising housing costs.

Though no exact details were given on how TMAC plans to pursue this issue, the strategy did suggest that the city could explore partnerships with organizations like Artscape, which already works to create affordable housing for artists.

The plan also calls for fair compensation for musicians by club owners and promoters, better informing the music community of what grants and funding are available to them, and improved access to health and dental care. Exact details have yet to be worked out, but the strategy points to a number of similar programs already in place in various cities that could serve as models.

Another issue is the uneven enforcement of noise bylaws, though the strategy fails to say anything new. The bylaws are already under review by Municipal Licensing and Standards, and public consultations took place last June and February. The proposed changes, due to take effect in July, will allow for added flexibility within the set measurable limits on sound levels, and higher fines for those who do not comply. In the instance of a noise complaint, noise levels will be measured at the site of the source of the complaint itself.

The need to address noise bylaws in residential areas was highlighted by the recent controversy that erupted following the city’s decision to downsize Afrofest from two days to one in the wake of noise complaints and curfew violations. (The city reversed the decision following a backlash.)

Councillor Mary-Margaret McMahon commended TMAC and the city’s music officer Mike Tanner on Friday for helping to resolve the conflict.

The issue of noise popped up frequently during council on Friday. Councillor Kristyn Wong-Tam tabled an amendment to ensure the strategy does not supersede proposed changes to come out of the noise bylaw review.

Michael H. Williams, general manager of economic development, explained that there was nothing in the music strategy that was contradictory to the current bylaw review, but Wong-Tam’s motion passed anyway, suggesting that noise is a sensitive issue for many of councillors.

Another point in the plan is the creation of a “physical Music Hub to act as the epicentre of the city’s music community.” The strategy doesn’t explain how such a space could be used, but a music hub has been a perennial topic for discussion for some time, echoing a previous attempt by City Hall to brand Toronto as a “Music City.”

In 1993, Harris Institute founder John Harris put forth the idea for a hub called Music City Canada, before settling on the name Metronome.

The spot, located in the old Canada Malting silos at the foot of Bathurst, would have been a place where musicians, industry and the public could congregate. Architectural designs were tabled, one was chosen and the city even granted the Metronome project a 99-year lease for the site. However, the idea stalled when provincial government failed to pitch in funding.

Preventing a repeat of that history is the next step, but turning the music strategy into policy depends on many factors, including the 2017 budget and how members of council see each issue affecting their ward.

Williams explained to council that once the strategy is adopted, the city will itemize changes and immediately roll out those that do not require additional costs.

Larger or longer-term policies that need more funding will have to wait until the 2017 budget process. Even then, all of the ideas laid out in the strategy may not make it to the budget because, as Williams later noted, “voting for the plan doesn’t say we’re going to do those things.”

Williams made those comments to Councillor Janet Davis, who had some concerns with the plan’s suggestion that the city reroute money allocated from the billboard tax into various music programs. The strategy actually suggests the city consider diverting funds from industries which directly benefit the music industry, which the billboard tax already does. While Williams made those comments to assuage Davis that the strategy before council lacked the power to change public policy on its own, his words also spoke to the ineffectual nature of the strategy itself.

Though it’s well intentioned, the largely symbolic music strategy might not bring us any closer to making Toronto a Music City on its own. Ideas like the noise bylaw review, or the arts in the parks initiative, were already well underway and other suggestions found in the strategy’s pages lack any real depth or actionable items outside of illustrating that similar programs already exist elsewhere in other major music centres.

Ultimately, this strategy is only as good as the city’s plans to follow through with it, and while a unanimous vote is as good a signal as any that council is on board with the TMAC’s road map to make Toronto a Music City, the real test will be to see what of this strategy gets implemented following the 2017 budget.

The music strategy tabled on Friday has gone through two earlier iterations. A draft was first presented late last year in an online public consultation that received around 6,100 responses. The TMAC then sent a revised draft of the strategy to the Economic Development Committee in February.

The city established the TMAC in 2013 following a recommendation in a report commissioned by major label lobbyist group Music Canada and their advocacy branch, 4479 Toronto.

Councillors Michael Thompson, Josh Colle and Mike Layton strongly supported the move and Mayor John Tory has said improving the city’s music scene would be one of his goals after his election in 2014.