But nobody has said how much it’ll cost 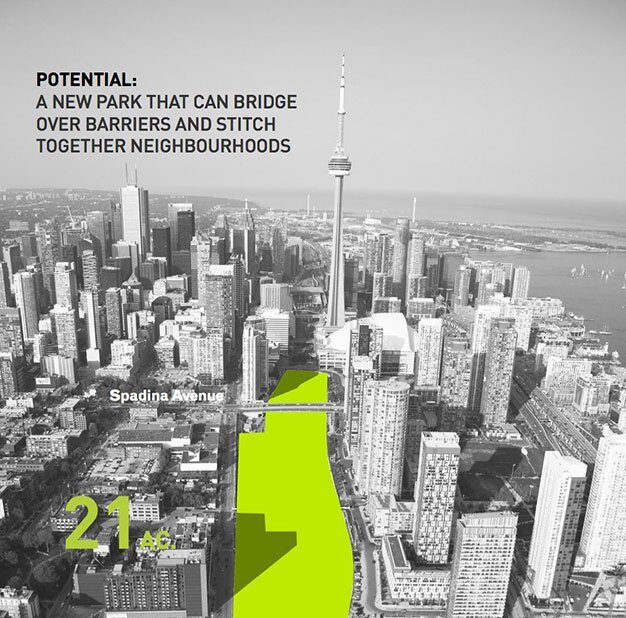 Toronto has more than 100 parks but very few of these green spaces are in the downtown core. However, that might change in the next couple of years as the blueprint for a major park was unveiled by Mayor John Tory on August 3. 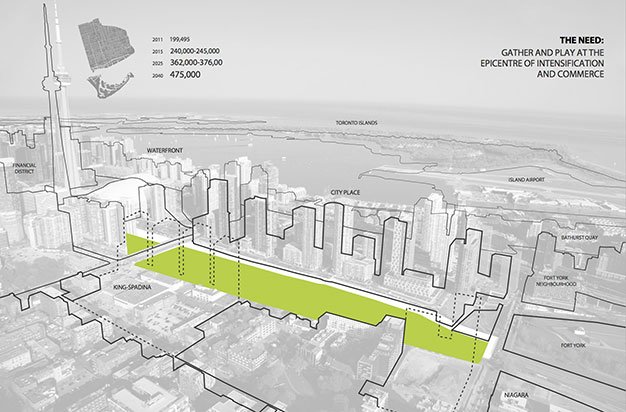 The park, which Tory calls a “bold action to create public space,” sounds almost too good to be true. And, to be clear, all we have is a proposal and a few artist’s renderings. There has been no mention of how much this park would cost or when it might be completed.

The initiative is part of the City’s TOCore project, which is responsible for developing a comprehensive plan for reshaping the downtown core. According to City stats, Toronto’s downtown population has increased by 50,000 residents in the past five years, and that population is expect to double in the next two decades. Rail Deck Park would function as the “missing link” between the King-Spadina neighbhourhood, City Place and the Waterfront. 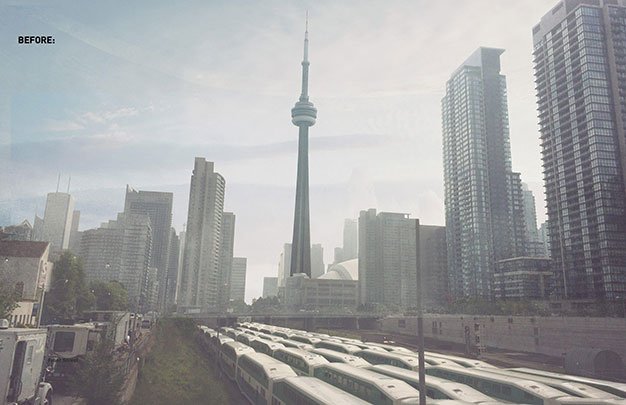 The park is one of several green-ification projects in the works for Toronto’s west side. In late 2015, plans for the long-overdue Fort York Pedestrian and Cycle Bridge were finally unveiled. The stainless steel span expected to be completed in 2017 will connect Liberty Village and Fort York residents to the waterfront parks and surrounding spaces. It will cross two rail corridors and connect Stanley Park and Fort York.

Construction is also starting for the Under Gardiner project, a four-hectare public park and multi-use trail space situated under the Gardiner Expressway from Strachan to Spadina. The first phase of the project is expect to open in 2017. 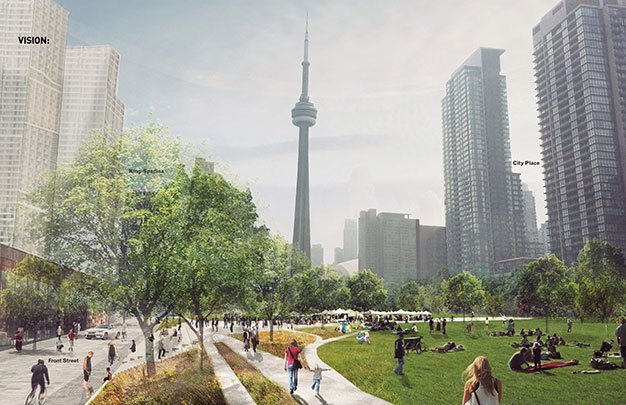